PHW Group: Beyond Meat cooperates with PHW as...
PHW Group

Beyond Meat cooperates with PHW as German sales and distribution partner 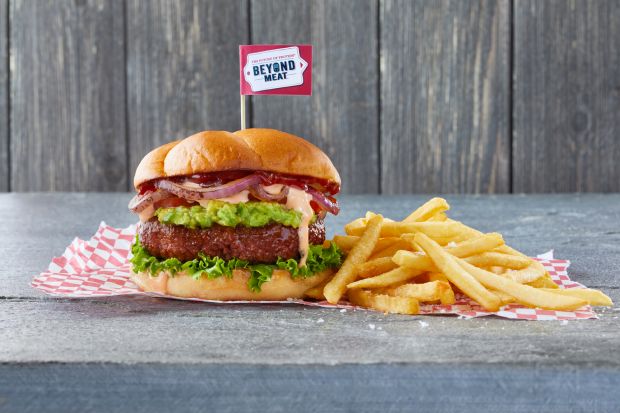 " I am very pleased that with the PHW Group we have found a long-term partner who has extensive expertise in the European market with regard to distribution, logistics, and costumer and consumer engagement” said Ethan Brown, Chief Executive Officer and Founder of Beyond Meat.

As a first step, the PHW Group, which also includes the Wiesenhof brand, will exclusively take over distribution in the German market for the California company. Specifically, this means that the family business of Lower Saxony will sell the Beyond Burger in Germany.

"Not only will we use all our know-how in the logistics and production of convenience and vegan products, but above all our expansive distribution network to boost the launch of Beyond Meat," says Peter Wesjohann, CEO of the PHW Group. "We believe in growth through diversity. Our job as a food manufacturer is to create as many different offerings for the consumer as possible: for example, we offer the consumer a wide range of protein-rich products, from conventionally produced poultry meat, to private courtyard poultry, to a vegan range. Against this backdrop, we also understand our partnership with Beyond Meat."

California-based Beyond Meat, which counts Bill Gates and Leonardo DiCaprio among its investors, is working to change the meat we eat by replacing animal protein with plant-based proteins. The company‘s mission is to build meat from plants. With the debut of the company’s flagship Beyond Burger, Beyond Meat revolutionized the marketplace by introducing the first plant-based burger to be sold in the meat case alongside beef at major American grocery chains.