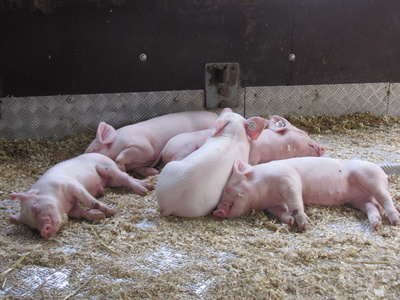 A bigger-than-expected decline in the US hog herd during the second quarter of 2014 was attributed to the rapid spread of the deadly porcine epidemic diarrhea virus (PEDv), the US Dept. of Agriculture (USDA) said.

The report also said that declines in herd expansion occurred amid higher hog prices. The data in the report was seen adding to the possibility that hog futures traded on the Chicago Mercantile Exchange would climb as much as their daily price limit of 3 cents on 30 June.

Analysts had been expecting pigs per litter during the second quarter to be 9.8 head. The USDA data indicated pigs per litter at 9.78 head, or 95% of the 10.31 in the year-ago period.
Source: The US Dept. of Agriculture (USDA)