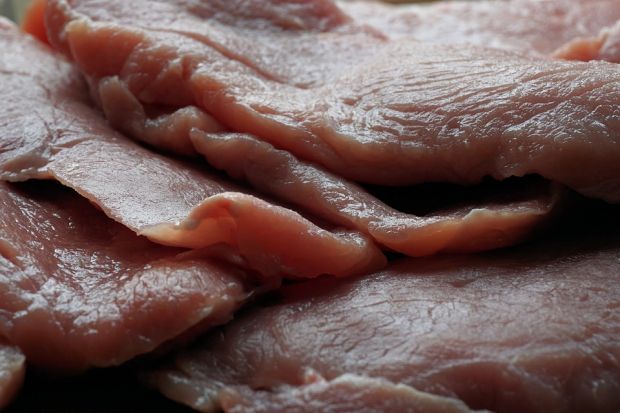 UNITED KINGDOM, London. In a continuation of the trend recorded in June, EU exports of fresh and frozen pork rose by 3% in July compared with a year earlier, to 164,000 t, according to data from Eurostat. However, export prices across the region remained around 14% lower than a year ago, leading to the value of July exports falling by 9% year-on-year to €359 mill.


Pork exports to the EU’s largest market by volume, China, actually fell by 5% year-on-year (2,500 t) in July, returning to the recent trend of decline following a brief upturn in June. Exports to Japan, the EU’s leading export market by value, remained stable at 27,000 t, although falling export prices to Japan eroded the value by 7% year-on-year. Pork shipments to Hong Kong also fell by 44% (4,500 t) on the year. The overall volume growth in EU exports was attributable to South Korea, the Philippines and notably Ukraine, importing an additional 15%, 24% and 400% respectively. Exports to Ukraine have grown significantly over the past year to 3,700 t in July, making it the eighth largest destination for EU pork in the month.

Year to date (January – July) exports of fresh/frozen pork are running at around the same level as in 2017, although remaining above the five year average for this period, at 1.22 mill. t. However, export prices are 9% lower than the same period last year, meaning value is down by 8% at € 2.76 bn.

The value of trade to China is down by 19%, and in the year so far, it is around half what it was two years ago. This is largely due to the modernisation of pig production and the herd in China, which has led to increasing domestic supply. However, with African Swine Fever (ASF) now discovered in around twenty sites, at least some of this supply could be under threat, depending on how the outbreak is managed. 2019 US hog contracts are well supported by the news, despite increased tariffs being in place and the US not necessarily being first in line to increase shipments to China. Exporters in the EU may be in a better position to replace some of this volume, as long as ASF does not become an issue closer to home.

During the week ended 15 September pig prices continued on their downward trajectory of late. The EU spec SPP fell by 0.28p, to 147.77p/kg. The price is currently 14.56p below last year’s price.

Estimated slaughterings were down around 4,500 head on the previous week to total 172,000 head. Industry reports suggest that supply is currently meeting demand, both of which are somewhat disappointing for the time of year. The average carcase weight for the SPP sample for the week is 82.89 kg. This is a 410 g rise on the week, although remains over a kilogram below the weight last year. Reports suggest this is a consequence of poorer growth rates through the summer, with some producers still need to clear out pens in order to maintain throughputs despite the pigs perhaps not being at their target weight.

In contrast to the SPP, the EU-spec APP rose slightly on the week, up 0.20p in the week ended 8 September, to finish on 151.58p/kg. The current figure is 14.70p less than year earlier levels. The current price rise has widened the gap to SPP, now measuring a 3.53p difference between the two prices.

In contrast to the fresh/frozen pork trade, data from HMRC reports that offal exports rose by 11% in July compared with the year earlier, totalling 7,000 t. China, the largest market for UK offal exports, commanding a 48% share of UK offal exports, increased shipments during July, up 32% to total 3,340 t. Chinese tariffs on US pig meat products, along with the strengthening of the US dollar against the Yuan in recent months, is likely to have reduced the competitiveness of US products in Chinese markets. Overall the value of offal to China totalled £3 mill., a 48% rise compared to July 2017.

Following a challenging July, where CO2 shortages limited slaughtering, last month clean pig throughputs across the UK were higher by 7% overall (63,400 head), and 14% in Scotland. UK sow slaughter was 15% higher (3,000 head) than in July. Carcase weights picked up slightly to 82.8 kg for clean pigs in August, although sow weights fell slightly.

Although prices have been relatively stable throughout the summer, they are now showing signs of softening. With limited domestic demand growth and a small fall in exports, it may now be that as production growth has picked up again after slowing in June and July, the additional supplies are coming to bear on the market.