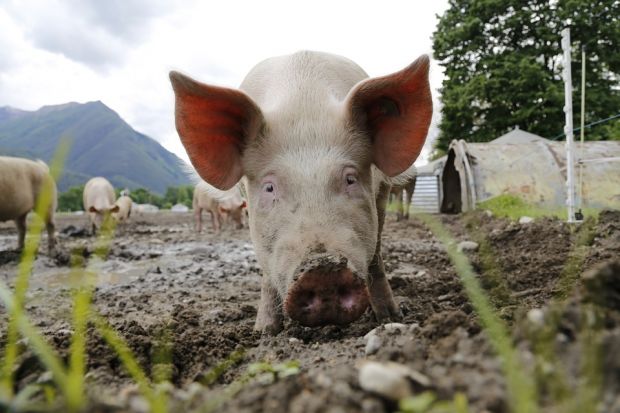 Currently, China is not approved for the import of fresh or frozen pig meat to the EU.

CHINA, Liaoning. The Chinese authorities reported an outbreak of ASF in domestic pigs in Liaoning region, north east China in the beginning of August. According to the disease report clinical signs were first observed on the 1st August in 47 animals, however, the exact number of animals on farm is unclear as different reports state between 300 and 8,000 pigs.


This is the first time that ASF has been reported in China. Disease control measures are in place including culling affected and susceptible animals. ASF has caused a small number of isolated outbreaks in central Russia, north of Kazakhstan and Mongolia, approximately 1,000 km from the border with China.

Unlike Eastern Europe and west Russia, there has been a paucity of updates on the status of ASF in central Russia. The FAO has carried out a risk assessment for the incursion of ASF into China using expert opinion (FAO, 2018), which concluded that China’s north-eastern regions (Heilongjiang province and Inner Mongolia) are the most likely sites for incursion of ASF.

The detection of ASF in a pig farm in China, just north of North Korea, represents a new jump in geographic spread. Its origin is unknown at present. It is also unknown at present whether this represents the index case. China carries out early warning surveillance in this region, however, it is focussed on large commercial pig farms, rather than the small semi-commercial and backyard sectors.

China is home to about half of the global pig population, with thousands of backyard and large-scale farms operating in the northern, central and southern regions. It produces about half of the world’s pork and China is the largest consumer of pig meat.

Currently, China is not approved for the import of fresh or frozen pig meat to the EU. Some animal feed products are imported from China, and we are investigating other possible pathways. The overall risk given the current distribution of ASF in the EU and neighbouring countries is low. As with ASF in western Russia, Belarus, Moldova

and the Ukraine,there are concerns around pork products from non-EU countries entering the EU in passenger luggage and then being discarded in areas where wild boar or domestic pigs are present.