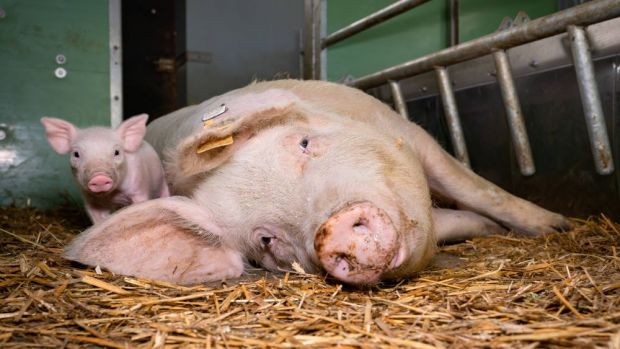 With the vaccination surgical castration can be completely avoided, ABD states.

GERMANY, Rhede. Aktionsbündnis Bioschweinehalter Deutschland (ABD) has called on the European Commission to approve the immunocastration of male piglets in organic pig husbandry as an equal alternative to surgical castration with anaesthesia.

It is true that immunocastration, like surgical castration under anaesthesia, is not free of disadvantages. The ABD reported that measures are necessary to keep the meat of male pigs free of boar odour and thus edible.

Immunocastration using the preparation Improvac is currently only used by a small number of organic pig farmers who were initially very reserved towards this procedure. However, these farms were convinced that surgical castration could be completely avoided with the vaccination. In addition to vaccination, the Action Group had also recommended surgical castration under anaesthesia to its members. The ABD does not favour either of the two methods. It should be possible to make appropriate decisions depending on the situation of the farm and the requirements of the marketing partner, because in individual cases customers have explicitly expressed the wish to opt for immunocastration as an alternative.

It is legitimate that the individual actors have reached different decisions when choosing the alternative to castration without anaesthesia. At the beginning of June, the EU Commission had refused to tolerate immunocastration as an alternative procedure to castration with anesthesia. According to information from Brussels circles, the Commission refers to the section of the EU Organic Regulation which prohibits the "use of growth and performance enhancing substances, hormones and similar substances to control reproduction or for other purposes".