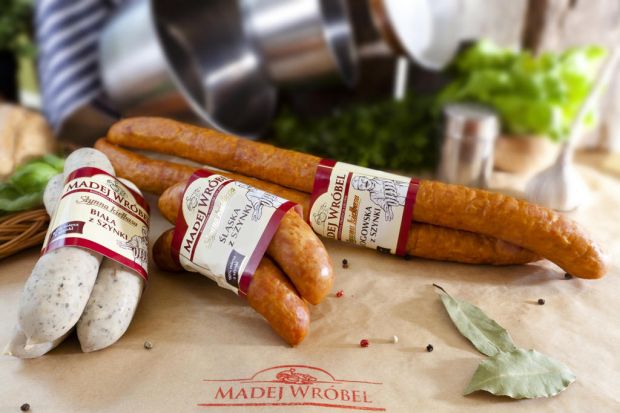 POLAND, Gdynia. Polish meat processors Unimięs and ZM Peklimar have unveiled plans to merge with local industry player Madej Wróbel to create what could become one of the country’s largest meat processing groups.


Omega Holding, a company controlled by local businessman Zbigniew Dworakowski who owns Unimięs and ZM Peklimar, has submitted an application to the country’s competition watchdog UOKiK to obtain its permission to merge with Madej Wróbel.

Hanna Orłowska from CIC Corporate Finance, a local consultancy firm that advises Madej Wróbel on the merger, said the new entity would have revenues of about €232 mill. per year. Madej Wrobel reported annual sales of about €100 mill., while ZM Peklimar and Unimięs are estimated to post revenues of some €116 mill. per year.

Local observers said the new meat processing group could challenge the market position of Animex Foods and Sokołów, the two leading industry players that are owned by foreign-based investors. Sokołów posts annual revenues of about €1.346 mill. per year, according to data from Danish Crown, its owner. Animex Foods is owned by Smithfield Foods, and reports annual sales of some €928 mill.

The shareholding structure of the new entity was not disclosed by the two parties. Under Polish law, UOKiK’s approval is prerequisite to finalising all mergers and takeovers of Poland-based entities, and the concerned companies posted aggregate revenues of at least €1 bn. worldwide, or €50 mill. in the domestic market in the preceding year.

Based in Nowe Proboszczewice, in central Poland, ZM Peklimar specialises in processed pork meat products, including sausages, frankfurters, hams and other items. The company says its two facilities in Poland are IFS- and BRC-certified.

Unimięs operates a meat processing plant in Chrzanów, in Poland’s southern region, where the company is also headquartered. The meat processor specialises in poultry and pork meat products. These include ham, bacon, mortadella-style ham, sausage, blood sausage and dry sausage products. Unimięs said that some of its export destinations included the UK, Germany, Spain, Hungary and the Czech Republic.

Set up in 1992, Madej Wróbel is based in Ruda Śląska, in south-west Poland. The meat processor specialises in making pork meat products, including sausages, dry sausages and hams.