Company invests $11 mill. in its plant at St-Henri-de-Lévis 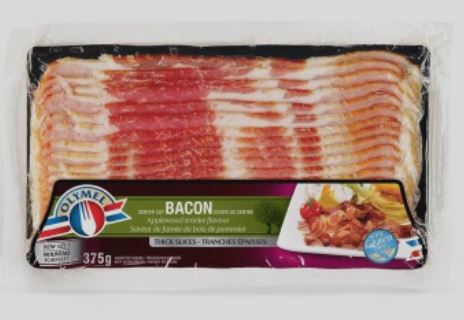 CANADA, Saint-Hyacinthe, Quebec. The management of Olymel announced an investment of $11 mill. in the expansion and modernization of its pork further processing facility located in St-Henri-de-Lévis on the South Shore of Quebec. This investment is intended to introduce new equipment at the plant that will increase efficiency and boost production volume from 40 mill. to almost 60 mill. kilograms annually.

This facility produces smoked sausages and emulsions such as Bologna, pepperoni, salami, mock chicken, smoked ham as well as other products. Upon completion of the work, which is slated to begin next week, 3,000 sq ft will have been added to the existing building, bringing the total area of the plant to 170,000 sq ft. The expansion and redevelopment work includes the addition of a smoker, chillers and production and packaging equipment to expand production of smoked products such as hams.

Olymel has invested more than $250 mill. since 2015 in both its pork and poultry sectors to archieve its growth goals. These changes are expected to create more than thirty jobs. In connection with this project, the United Food and Commercial Workers union (local UFCW- 501) and the employer negotiated an extension of the current collective agreement for a period of six years, until October 2022. The employees, members of UFCW Local 501, ratified the new collective agreement with an 87% majority vote. The Olymel plant in St-Henri-de-Lévis currently has 530 employees.

Olymel L.P. is Canada's leader in the production, processing and distribution of pork and poultry meats. The company, which celebrates its 25th anniversary in 2016, has made feeding the world its mission, which it pursues passionately with products of impeccable quality. In carrying out its mission every day, Olymel relies on its tradition of maintaining a strong link between farm and table, as well as on innovation and attention to customer and consumer needs. The company employs close to 11,000 persons, including more than 8,000 in Quebec, and has large facilities in Ontario, Alberta, New Brunswick and Saskatchewan. Olymel exports nearly a third of its total sales, mainly to the United States, Japan and Australia, as well as over 65 other countries. Its annual sales are on the order of 3 bn. dollars. The company markets its products mainly under the Olymel, Lafleur and Flamingo brands.