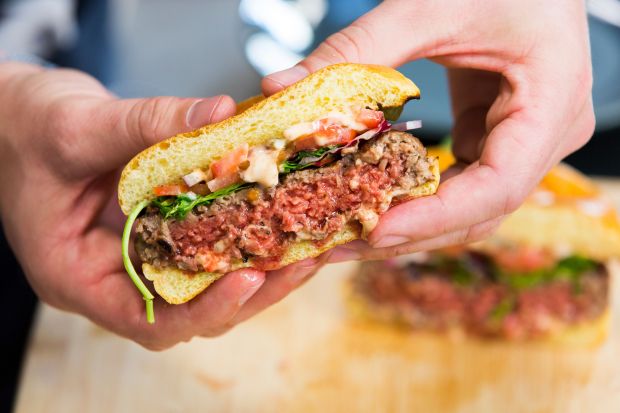 
The access to additional processing capacity comes as Impossible Foods plans to introduce the Impossible Burger in retail outlets in the USA later this year.

“We conducted an exhaustive due diligence process to determine how to scale our manufacturing, both in the short term and over the next several years, and we were thoroughly impressed with OSI’s commitment to quality and responsiveness,” said Sheetal Shah, senior vice president of product and operations, Impossible Foods. “OSI has already installed equipment to make the Impossible Burger, and we’ll start seeing new capacity every week.”

Impossible Foods has tripled its weekly production at its manufacturing plant in Oakland, California, according to the company. OSI Group, Aurora, Illinois, has more than 65 plants in 17 countries and supplies value-added protein products to customers around the world.

“Expanding into alternative proteins is an addition to our company’s product offering, not a replacement," said David McDonald. OSI's president and chief operating officer "OSI is committed to supporting sustainable farming and agriculture, and will continue to put sustainability for all our supply chains and operations at the forefront of our mission.”

OSI plans to begin producing the Impossible Burger at multiple plants starting next month. “We look forward to lending our expertise to Impossible Foods as it embarks on one of the most ambitious start-ups in the food industry,” said Kevin Scott, senior executive vice president of OSI North America. “At the same time, Impossible Foods will help fulfill the OSI Group’s commitment to sustainable food production – one of the core prisms through which OSI management makes operational decisions.”