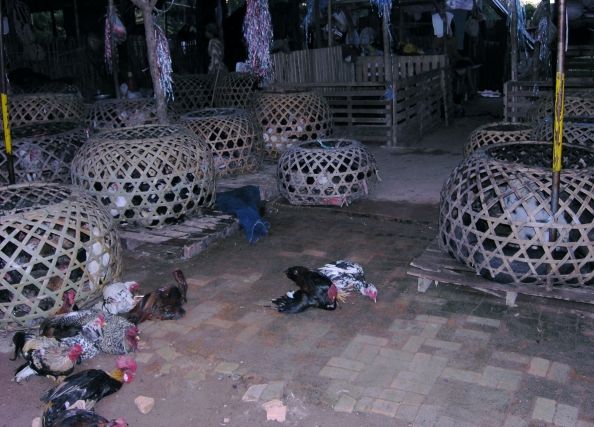 FRANCE, Paris. The UN’s agriculture and animal welfare bodies have called for the development of a robust detection and response system to check a resurgent outbreak of an avian influenza strain that can be lethal for humans.


Human cases of the H7N9 virus, which was first detected in China four years ago, have suddenly increased since December. By early March, it is estimated that more human cases of influenza A (H7N9) were reported than those caused by all other types of avian influenza viruses combined, including H5N1 and H5N6.

As during previous waves of the disease, most of the 1,200 infected patients have reported a history of visiting live bird markets or coming into contact with infected birds. Since 2013, China has invested heavily in surveillance of live bird markets and poultry farms, though the surveillance of this virus in particular has proven especially challenging as it shows no or few signs of disease in chickens.

Until recently H7N9 has demonstrated low pathogenicity, meaning it may cause mild or no illnesses in poultry. But new evidence from Guangdong province now indicates that H7N9 has shifted to high pathogenicity in poultry while still retaining its capacity to cause severe illness in humans. This genetic change can lead to high rates of death in birds within 48 hours of infection.

This may potentially make it easier to assess when chickens are infected and bring about control measures in farms, but it also raises the risk of severe economic losses for poultry producers.

Targeted, widespread monitoring and an effective response to detections are urgently needed to prevent the virus from spreading beyond China's eastern and southeastern regions, where it is now considered endemic.

A further concern is the possibility that changes seen in the H7N9 virus may affect wild bird populations, by posing risks to their health or turning them into migratory carriers of the virus. This raises the possibility that the disease moving much further afield to Europe, Africa or the Americas.

Responding to the latest surge of cases, China's Ministry of Agriculture has ordered animal husbandry, veterinary and public health officers, as well as authorities in charge of industry and commerce, to closely coordinate in their efforts. The Harbin Veterinary Research Institute, which serves as the headquarters for China’s avian influenza scientific response, has been closely monitoring for virus mutations and epidemic status. Chinese authorities say that culling is required for affected flocks, while increased hygiene at live-bird markets is being enforced. The agriculture ministry is implementing measures to improve biosecurity in markets, including enforced market-wide rest days, and preventing birds from remaining overnight to avoid an accumulation of the virus.

The FAO and OIE are now urging China and neighbouring countries to be vigilant for a potential incursion of the virus, in its low or highly pathogenic form. They are also calling for urgent investment in surveillance and laboratory detection to safeguard trade.