Swiss agriculture’s competitiveness should be improved 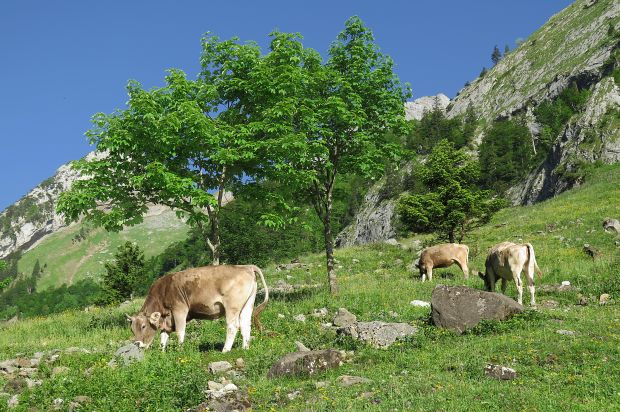 FRANCE, Paris Switzerland should reduce trade barriers and limit the level of direct payments to farmers, as part of wider efforts to improve competitiveness of the agriculture sector, according to a new OECD report.


“OECD Review of Agricultural Policies: Switzerland 2015” says that enacting more market-oriented farming policies would increase production of high-quality and cost-competitive products, which would in turn offer a boost to Swiss food industries that are dependent on domestic agricultural raw materials.

“Switzerland has taken strong steps to reform its farm policies, but it needs to maintain momentum through further reductions to border protection and additional revisions to its system of direct payments to farmers,” said Frank van Tongeren, head of the policies division of the OECD’s Trade and Agriculture directorate, during a presentation in Bern. “The reform process must be designed to reconcile the potentially conflicting objectives of current Swiss agricultural policy,” Mr van Tongeren said.

The OECD suggests a two-track system for organising future payments to farmers. Under the first track, a differentiated direct payment system would secure the provision of goods and services to meet societal demands for objectives like preserving cultural landscapes or biodiversity. Under a second track, potentially competitive producers would be allowed more freedom to optimise their production and respond to market signals. This second track could include policies facilitating structural change, such as time-bound investment support and formulation of exit strategies.

The reform recommendations follow detailed analysis of the relatively high cost to Swiss consumers and taxpayers of agricultural support policies, which currently represent about 1% of GDP. While policy reforms since the early 1990s substantially reduced market distortions, the level of farm support in Switzerland, as measured by the Producer Support Estimate (PSE), is still one of the highest amongst OECD countries, and more than twice the OECD average.

Reforming farm support policy could have important implications for the competitiveness of the parts of the Swiss food industry that are mainly reliant on domestic agricultural raw materials. Lowering input costs while maintaining and enhancing the ‘Swiss brand’ image for domestic and foreign customers is likely to be more sustainable than shielding the industry from competitive forces, the OECD said.