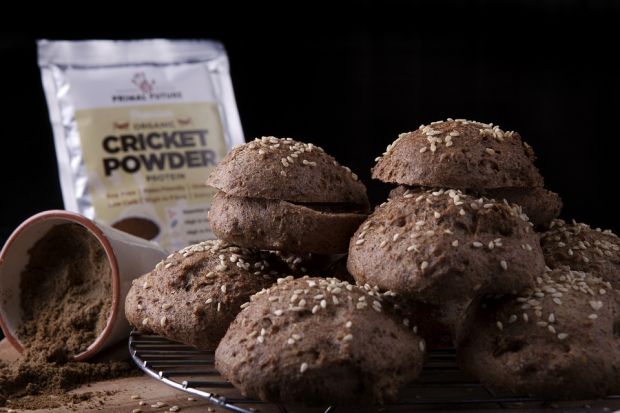 The Novel Food Regulation is aimed at this protein source, which is novel for Europeans, and has thus paved the way for insects as food in the EU.

GERMANY, Munich. Edible insects such as beetles, maggots and termites are among the staple foods for around 2 bn. people worldwide. In Germany, they are now regarded as trendy foods.


The Novel Food Regulation is aimed at this protein source, which is novel for Europeans, and has thus paved the way for insects as food in the EU. TÜV Süd explains why consumers benefit from the new approval procedure.

From an ecological point of view, insects are superior to other animal protein suppliers because larger proportions are edible. Up to 80% of their body weight can be used for nutrition. In cattle it is only 40%, in chickens 55%. In addition, in the commercial keeping of insects, land and feed consumption is comparatively low compared to other livestock. In order to produce the same amount of protein from insects, only about one hundredth of the greenhouse gases are emitted compared to conventional types of meat.

If one accounts for the indigestible parts such as legs and chitin shells, the nutrients are found everywhere "in the meat" of the animals. Around 1,900 insect species are considered edible. Their nutrient content is similar to that of fish and meat: insects have many vitamins, a high protein content and polyunsaturated fatty acids. 100 g of caterpillars, butterfly larvae or larvae of moths cover about three quarters of the daily protein requirement and 100% of the daily requirement of some vitamins.

"Consumers benefit from the new approval procedure, which prescribes a safety assessment of insect food products," says Dr. Andreas Daxenberger of TÜV Süd. Reliable data on the general health safety of insect products offered as novel foods are still lacking. As part of the approval procedure, manufacturers must therefore provide detailed information on the product properties, toxicological and microbiological evaluation and hygienic handling of the insects.

Until 1 January 2018, it was legally unclear how food produced from insects should be treated in the European Union. The Novel Food Regulation 2015/2283 regulates by implementing regulation for the period from January 2018 that and how insects as novel ingredients may appear on the European diet. Insects or products made from insects now require health assessment and approval by the European Food Safety Authority (EFSA). With the new Novel Food Regulation and its transitional provisions, the EU is paving the way for a more widespread use of insects as a protein source in the long term. In addition to being used as a decoration on food or as a snack for in between meals, the consumption of edible insects could also gain economic importance in the future.

Precisely because there is still little experience, caution is important when dealing with insects and food produced from them. "Insects in their unprocessed state are mainly known as disease carriers and breeding grounds for bacteria," said Daxenberger. Therefore they represent unheated in principle a health risk. Consumption in its raw state is strongly discouraged. Due to their high protein content, they have also been found to cause allergies. Insects are not yet subject to mandatory allergen labelling. The extent to which insects in food production meet the hygienic and culinary expectations of our eating culture will ultimately be decided by the consumer.