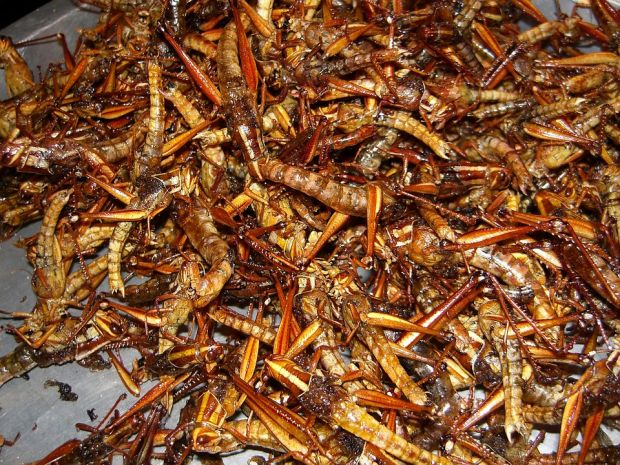 The idea of bringing insect consumption out of the exotic niche in Western industrial nations as well has been moving increasingly into the focus of research and politics for some time now.

GERMANY, Berlin. Insect burgers, insect bars, insect bread - food made from insects is currently one of the most widely discussed visions of the future in the food sector. And this vision is taking on more and more form. BLL explains the legal situation of eating insects in Germany.


Are insects and food made from them novel foods? Yes, this has been clarified by the new definition of novel food in Germany, which now reads: food consisting of animals or their parts or isolated or produced from them. This has closed a "regulatory gap", as insects and foods made from them were not covered up to now, but only certain food ingredients isolated from animals, such as certain protein isolates or the like.

For insects and foodstuffs made from them, the provisions of Article 35(2) of Regulation (EU) 2015/2283 also apply, according to which applications for approval or notifications must be submitted by 1 January 2019 in conjunction with the respective implementing regulations, but the corresponding foodstuffs may then (continue to) be placed on the market until a decision has been made on the application.

In Germany, edible insects are available in particular via the Internet. In the classic supermarket, on the other hand, you won't find them, but you will find them in the gastronomy. There the range is growing and becoming more and more varied - starting with the "grilled grasshopper" at a tasting price of €1.50 each, through the "mixed insect plate" to "beetle larvae on nachos with guacamole".

The sometimes seemingly strange food has a lot to offer - both nutritionally and sensory: on the one hand it is considered a possible fish or meat alternative due to its high protein content, on the other hand fried or grilled insects are reminiscent of chips, crackers or - probably also in terms of taste - nuts.

Especially since it is perfectly normal for around two billion people worldwide to eat insects. In many countries in Asia, Africa, Latin America and Australia, edible insects are among the staple foods and are not a tiresome emergency solution for lack of alternative food sources. While in Africa caterpillars land on the plate - in the Congo, for example, each family eats an average of 300 g a week - in Southeast Asia the sago worm and the eggs of the weaver ant are considered delicatessen. A total of more than 1,900 edible insect species are known worldwide.

Insects are regarded as a nutritionally favourable source of food. Critics note that the protein supply in human nutrition in Germany is good and that more protein from legumes should generally be consumed instead of animal protein. The marketing effort to increase the acceptance of insects as food seems high and disproportionate. It also needs to be discussed whether insects are a healthier, more sustainable feed for fattening for our high-performance livestock than soya and the like? There are also a number of unanswered questions from a health point of view. The allergenic potential is unclear both as a primary allergen and with regard to possible cross allergies (house dust, crustaceans). Possible toxicological risks and also microbial risks are mentioned. Insects should always be consumed well heated. Incompatibilities can occur due to their indigestible chitin shell.

The idea of bringing insect consumption out of the exotic niche in Western industrial nations as well has been moving increasingly into the focus of research and politics for some time now. In particular, the focus is on global food security - from the point of view of meeting demand on the one hand and the necessary conservation of resources on the other. However, a consumer survey conducted from October 2013 to March 2014 as part of the EU research project PROteINSECT shows that there are still some hurdles to overcome: It was investigated whether fly larvae are suitable as protein sources for animal feed. A good approach, say 66% of the approximately 1,300 respondents - at least theoretically. More than half (52.4%) reject poultry or pork meat fed on insects. This attitude was predominantly justified by a lack of information.