Push for 3D-printing of steaks 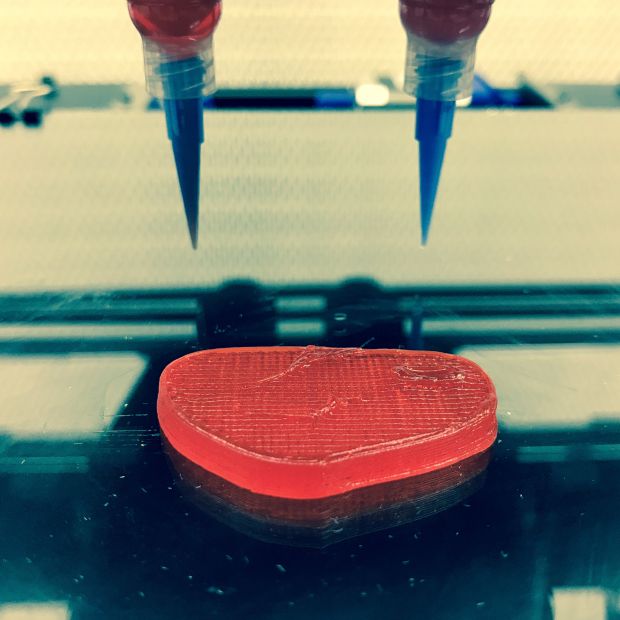 SPAIN, Barcelona. Novameat, a Spanish startup looking to accelerate the development of alternative proteins across the meat aisle, has gotten a boost in the form of new investment capital from the leading foodtech investment firm, New Crop Capital.

The company first came to fame with the production of the world’s first 3D-printed plant-based beefsteak in 2018 and will use the new funds from New Crop Capital to further develop its platform for accelerating the development of meats like steak, chicken breasts and other fibrous textured meat replacements.

The company has developed a new scaffolding technology that mimics the texture, appearance, nutritional and sensorial properties of fibrous meats like beefsteaks, chicken breasts and fish filets. Scionti sees the technology as the next step in the development of plant-based and lab-cultured alternatives to traditional proteins. While many clean meat and plant-based food companies have managed to take ground meat replacements to market with similar taste and textural qualities to the real thing, steaks and cuts of muscle meat have proven harder to replicate.

The core of Novameat’s technology is a customized printer that enables companies to create the kinds of fibrous tissues needed to make a steak. Traditional extrusion technologies are not capable of using the ingredients from Beyond Meat or Impossible Foods to print a steak, but Novameat’s founder argues that his technology can.