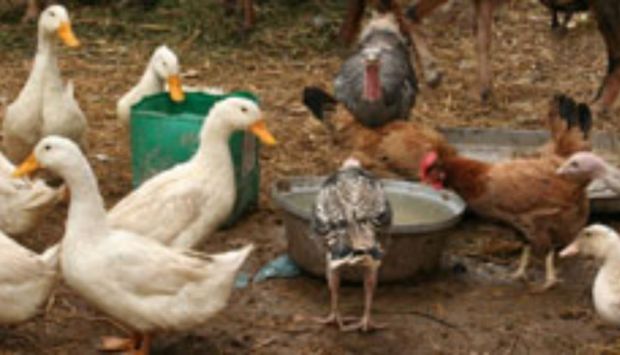 A recently-emerged strain of avian influenza virus in poultry in Southeast Asia represents a new threat to animal health and livelihoods and must be closely monitored, the United Nation's Food and Agriculture Organisation (FAO) has warned.

Chinese authorities first reported the A (H5N6) influenza virus in poultry in April. Since then, Laos and Vietnam have also detected the strain in domestic birds.

The fact that the virus is so highly virulent in chickens and geese and could potentially spread across large parts of Southeast Asia translates into a real threat to the millions in the region with livelihoods in the poultry industry.

The World Organisation for Animal Health (OIE), which works together with FAO and the World Health Organisation (WHO) to support countries' responses to animal and human disease threats, is also monitoring the situation.

Only one case of H5N6 has been reported in humans after contact with poultry shortly after its detection in China. The person later died, but there have been no other human cases. Though the scientific community is still in the process of understanding the dynamics of this new strain, it is unlikely that H5N6 represents an immediate and significant threat to human health. Even if the public health risks posed by H5N6 currently appears to be low, other pathogens, including other subtypes of Influenza viruses such as H5N1 and H7N9, still can present cause for concern.

However, both the FAO and WHO have stressed that at this time it is critical for countries in Southeast and East Asia - and especially those with links to poultry production and trade - to ramp up efforts to detect and report influenza viruses in poultry and monitor for any human
infections. An H5N6 outbreak could potentially overwhelm animal health Systems in Southeast Asia, the FAO warned. An earlier strain of the virus, H5N1, has already impacted the livelihoods of millions of people and caused billions of dollars of damage.
Source: FAO