Assessing growth opportunities for US red meat in South Africa 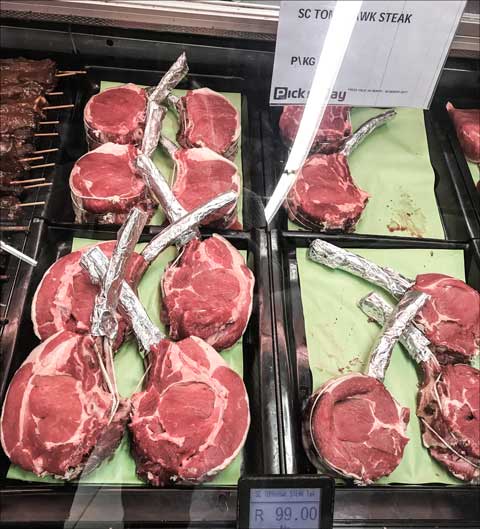 USA, Denver, Co. Africa has the world’s youngest population, and in the next three decades it is expected to nearly double – reaching 2.5 bn. by 2050. Africa’s middle class is also growing rapidly, which greatly increases demand for red meat. USMEF has heightened its focus on Africa, especially as U.S. meat has gained better access to selected markets. This includes reopening of South Africa to U.S. beef and pork in 2016.

While some U.S. products – especially beef livers – have gained considerable traction in the market, McEndaffer sees ample opportunities for further growth if regulatory obstacles can be reduced or eliminated. She notes that U.S. beef muscle cuts are also achieving some success in South Africa.

In the first half of 2018, beef and beef variety meat exports to South Africa totaled 7,804 t, down slightly from the same period last year. But with beef muscle cuts increasing significantly (1,261 t, up 1,026%) from last year’s low volume, export value to South Africa increased more than 40 percent to $8.6 mill. South Africa’s total imports were about 36,000 t, meaning U.S. beef accounted for 22% of South Africa’s import volume, which is second to Australia (24 percent). Remaining market share is mostly divided among Namibia, Botswana, the European Union, New Zealand and Argentina.

Exporting pork to South Africa has proven more challenging, mainly due to technical restrictions. “We still face some technical difficulties on the pork side from animal health-related restrictions on what we can or can’t send,” McEndaffer explained. “We do see a lot of buyer interest for pork offal, but unfortunately the US does not have access for offal items.”

South Africa produces some domestic pork but imports large volumes from Europe, especially Germany. Through the first half of 2018, South Africa imported 20,349 t of pork (up 9% year-over-year) valued at $43 mill. (down slightly), with German pork capturing nearly 50% market share, followed by Brazil (18%) and Spain (16%).

Importers are concerned about the spread of African swine fever (ASF) in Europe, which would likely result in South Africa suspending imports if ASF is detected in Germany.

Brazilian pork exporters have pursued the South African market more aggressively since Russia suspended imports of Brazilian pork and beef in December 2017. At that time, Russia was taking about 40% of Brazil’s total pork exports. But South African importers noted that Brazil’s nationwide truckers’ strike earlier this year, which had a significant impact on production and transportation of Brazilian meat, raised questions about its reliability as a supplier.

Packaging is also a contentious issue in South Africa, as many containers are stopped at the port of entry due to packaging that is deemed “inferior.”

USMEF staff found the meeting with South African officials to be very constructive. Despite ongoing obstacles and robust competition, the organization sees strong potential in the South African market, especially if remaining trade barriers can be successfully addressed. U.S. companies not only see South Africa as a promising destination for red meat products, but also an excellent base for a regional presence.