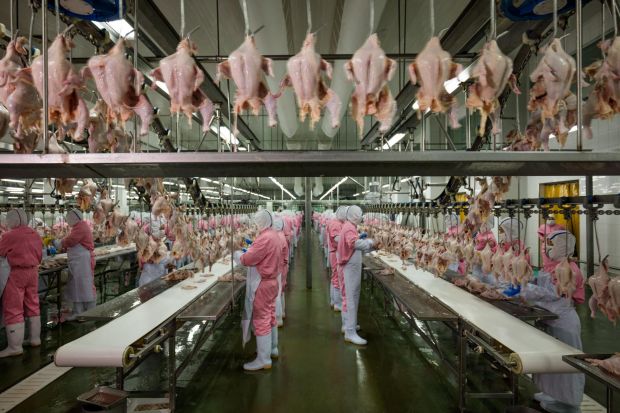 The new facility comes as New Hope has been keen to expand its breeding bases in order to control costs and quality according to Hua Xiaowei from CITIC Jiantou Securities, which monitors the company. Meanwhile the firm, says Hua, "wants to increase profitability by bypassing traditional wholesale channels to supply more value added product to fast food restaurant chains and supermarkets". Hua has a buy rating on the stock and thinks the strategy will drive a recovery in profitability in 2019 after the company's difficulties in its pig division due to African swine flu.

China's leading breeder of breeding birds for duck production, New Hope is also the second-largest producer of broilers. The firm is killing 700 mill. broilers a year, which puts it in first place nationally with a mix of contracted and self-operated breeding facilities. Yet the firm has claimed in 2015 that it processes 1.3 bn. birds per year, suggesting a large percentage of contract breeding or external sourcing. While increasing numbers as well as its product range, the firm also has ambitions to be an international player in particular as demand for feed rises in developing countries.

Listed on the Shenzhen exchange, New Hope Liu He was incorporated in 1998 and has built businesses in feed, meat processing and finance. It has opened feed and distribution/sourcing operations across south-east Asia as well as in Egypt Sri Lanka and the US. The company's overseas revenue accounted for about 10% of total revenue in 2017, but its growth was rapid, rising by an average of 28.52% per year in the 2014-2017 period.