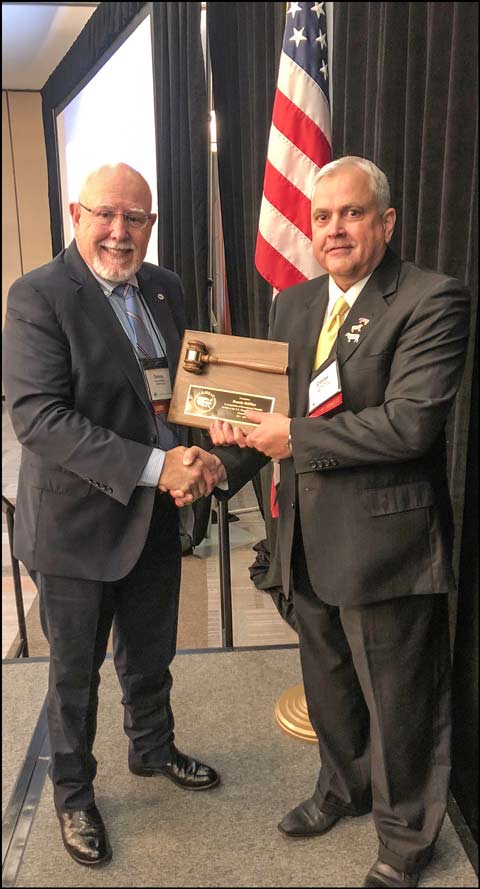 “I am very humbled to be in this position and excited and proud to be up here representing the US Meat Export Federation as its new chairman,” said Nelson, a pork producer and past president of the National Pork Board. He has worked for Smithfield Foods for 35 years and is currently general manager of Smithfield’s hog production division in the company’s five-state Midwest region.

Nelson succeeds Dennis Stiffler, who has more than 30 years of livestock and meat industry experience and is currently president of the Texas Division of Halperns’ Steak and Seafood.

At its closing business session, the USMEF Board of Directors also approved a resolution expressing support for timely negotiation of a US-Japan trade agreement. The resolution notes that Japan will soon implement two major trade agreements – the Comprehensive and Progressive Agreement for Trans-Pacific Partnership (CPTPP) and the Japan-EU Economic Partnership Agreement – that will extend significant tariff rate advantages to all of the US beef and pork industries’ major competitors in Japan.