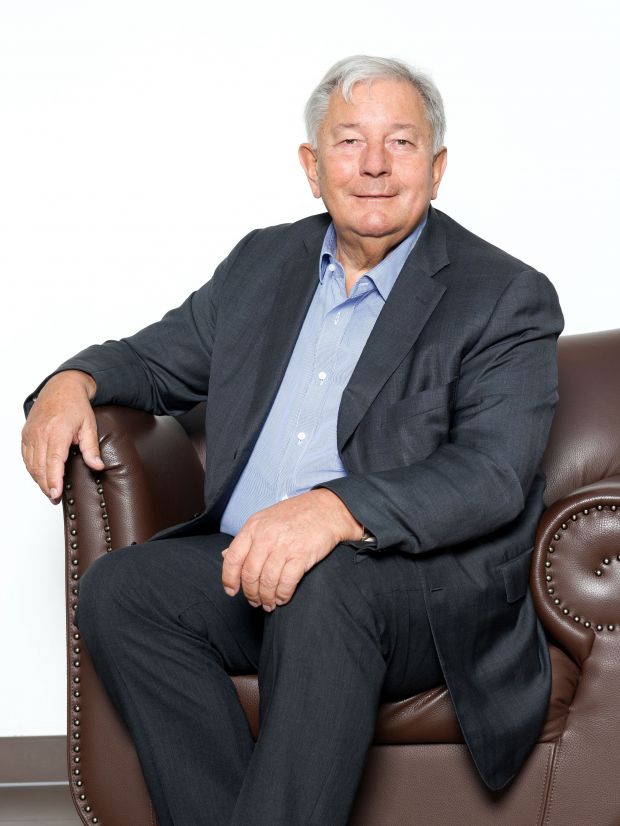 GERMANY, Birkenfeld. Public appointments, even public appearances or appreciations are not the business of company founder Horst Müller, who is celebrating a special anniversary today.

With his “hands-on” mentality he has built up a lot in his life from the smallest beginnings. His path of life from cattle commissioner and "village slaughterer" to the first private mail-order slaughterer in Baden-Württemberg to the boss and patron of the largest private, family-owned South German group of companies in the meat industry, the Müller Group, speaks volumes.

He grew up as the son of Emil and Mathilde Müller in Pforzheim, where he attended elementary school and then the two-year commercial school, which he completed as the best in arithmetic and accounting. His school education was followed by an apprenticeship as a butcher at the Alfred Bach butcher's in the Pforzheim district of Brötzingen.

Since his parents ran a livestock trading company at the municipal slaughterhouse in Pforzheim, he attended a course at the Federal College of Cattle and Meat of the German Cattle and Meat Trade Association at Gut Mauern near Munich in 1956. Initially he worked in his parents' business and in 1960, at the age of 22, he set up his own slaughter and meat trading business. In 1965 he moved to the first slaughterhouse built by Horst Müller in Weiler.

In 1970 he was able to open the first private dispatch slaughterhouse for cattle and pigs in the newly constructed company building in the "Brötzinger Tal" industrial estate in Birkenfeld. Together with his brother-in-law Mr. Bruno Oetinger he built up the company Müller Fleisch GmbH steadily and further. Slaughterhouses selling regional and supra-regional fresh meat as halves or quarters were then referred to as dispatch slaughterhouses. It was not until the middle of the 70s that the company started to cut the carcasses of the slaughtered animals.

Horst Müller has been involved in professional association organisations throughout Germany on a voluntary basis since the beginning of his entrepreneurial activities. Thus already 1973 the sole proprietorship Horst Müller had joined the BDV (Federal association of dispatch slaughterhouses) at that time, for which it was appointed starting from 1984 as a national representative for Baden-Württemberg. From 1988 to 2001 he was a full board member of the association. In July 1984, Horst Müller and his company Müller Fleisch GmbH also became members of the Deutscher Vieh- und Fleischhandelsbund e.V. (German Livestock and Meat Trade Association).

Parallel to the success story of Müller Fleisch in Birkenfeld, Horst Müller also built the Ulm location, where he saw great opportunities to implement his entrepreneurial visions and strategies at a central location in the middle of the processing areas of Baden-Württemberg and Bavaria. Above all, this also helps to secure and strengthen regional cattle and pig farming.

For many years, the municipal slaughterhouse and cattle yard in Ulm, which at that time was still publicly owned, was one of the largest markets for slaughter cattle in southern Germany. Müller Fleisch GmbH also purchased large livestock on the local market and initially brought the animals to Birkenfeld for slaughter. In 1989, a cutting and meat trading company was built as a branch of Müller Fleisch at the Ulm slaughterhouse. A short time later, in 1992, Horst Müller acquired two meat trading companies based there and founded Ulmer Fleisch GmbH as an independent company. In 1999 he finally took over the slaughterhouse and cattle yard from the city of Ulm.

The location was modernised under his responsibility in recent years with considerable investments in all areas and with the foundation of the Süddeutsches Schweinefleischzentrum Ulm Donautal GmbH in 2009, of which Horst Müller is still the managing director. The location was expanded to become the largest pig slaughterhouse in southern Germany.

Horst Müller introduced his children Stefan, Martin and Susanne Müller to the company at an early stage. Now they manage large parts of the group. The Müller Group is now present in Birkenfeld, Ulm, Bayreuth and Ingolstadt, employs 1,600 people and is the fourth largest slaughter, cutting and processing company for beef and pork in Germany.