Most fish will come from fish farms

Most fish will come from fish farms 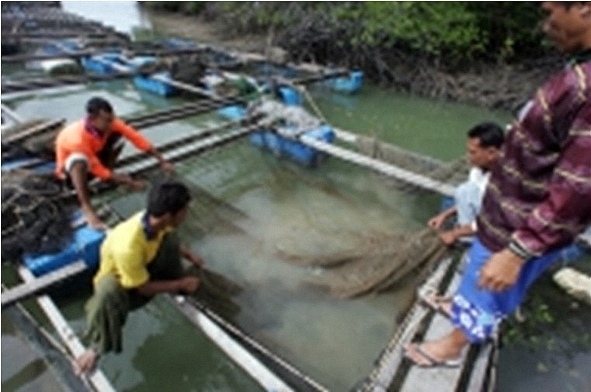 Two-thirds of all fish harvested for food is likely to come from fish farms by 2030, according to a report from the Food and Agriculture Organisation (FAO).

The report is a collaboration between the FAO, the World Bank and the International Food Policy Research Institute (IFPRI) examining the global fish trade. It found that markets were moving toward farmed fish faster than previously expected, with aquaculture accounting for 45% of global fish consumption in 2009 - and expected to reach 62% of the total by 2030.

Capture fisheries - or "wild" fisheries - has increased too, with production increasing from 69 mill. to 93 mill. t over the past three decades, an increase of 35%. However, aquaculture - farmed fish- has increased much faster, from 5 mill. t to 63 mill. t during the same period, up 1160%, according to FishStat data.

The global fish trade is dominated by developing markets providing fish for developed markets, according to the report, accounting for about two-thirds of total exports. However, Chinese consumption of fish is expected to reach 38% of the global total by 2030, and China has been increasing its production of farmed fish accordingly. Asian consumption as a whole, including that in South Asia, Southeast Asia, China and Japan, is predicted to account for 70% of all global fish consumption by 2030.
Source: The Food and Agriculture Organisation (FAO).