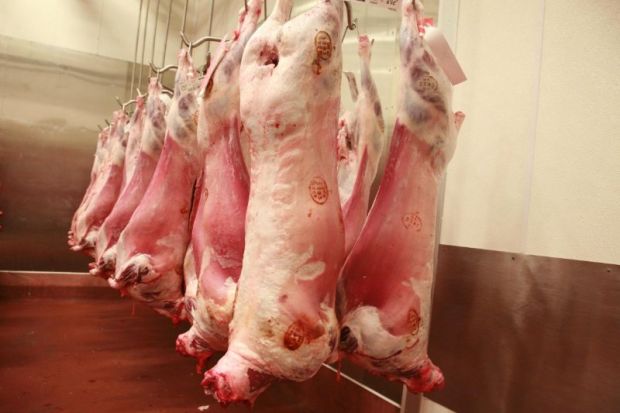 RUSSIA, Bryansk Oblast. Russian agricultural holding Miratorg has manufactured its first commercial batch of lamb at the sheep cluster launched in 2018 and is ready to expand the project.


The first batch of around 4,000 t has been supplied to the Miratorgs meat processing plant in Bryansk Oblast, Russia, where the company already processes other types of red meat. The sheep were grown at the pilot farm designed for 50,000 head at a time.

Miratorg plans to invest $480 mill. in lamb production between now and 2023, the company revealed in a statement in October 2018. In general, Miratorg wants to build 12 farms designed to keep 1.3 mill. head of sheep, and produce 71,200 t of high-quality beef in slaughter weight per year.

The pilot farm is located in Kursk Oblast, Russia. The next two farms are slated to be built in the neighbouring Tula Oblast, in accordance with an investment agreement concluded between Miratorg and the regional government in 2018.

There had been some fears that Miratorg might not invest further in building the pilot farm, as demand for lamb in the Russian market is very limited. However, the company confirmed that the projects expansion was already under way.

In 2018, Viktor Linnik, president of Miratorg, said that export was an important part of the lamb project, with Miratorg planning to become the biggest Iamb producer in Russia, despite the fact that, historically, lamb has not been very popular with Russian consumers. According to the Organization for Economic Co-operation and Development, lamb consumption per capita in Russia was around 1.2 kg in 2018. This meant overall sales on the domestic market were close to 174,000 t per year.

Given the low demand on the domestic market, Miratorg plans to export nearly half of all the lamb it produces, Linnik said in 2018, not specifying when first export supplies might start. Speaking at an industry conference in Moscow early February 2019, Yuri Kovalev, general director of the Russian National Union of Pork Producers, revealed that Russia had made a real breakthrough on Iamb exports.

In general, Russia exported 288,500 t of meat in 2018, up 21% compared to the same period the previous year. This included 12,400 t of lamb – a groundbreaking figure, as in the previous year the country sold only 460 t of Iamb overseas, Kovalev said.