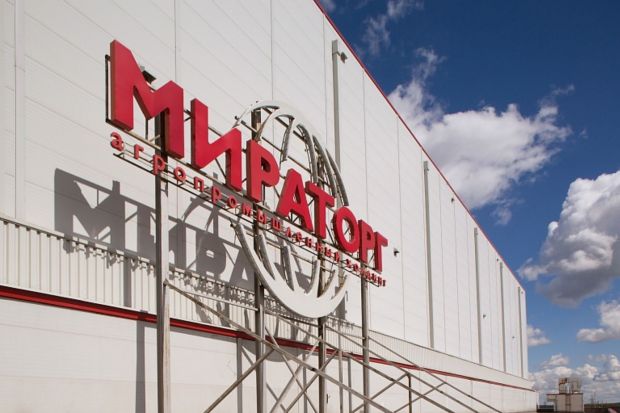 RUSSIA, Moscow. The $160 mill. investment will create a distribution hub covering 38,000 sq m, with a capacity for 36,000 t. of various food products, said regional authorities in a statement on 26 June. The new facility is expected to be launched in 2019.


Dmitry Sergeev, press secretary of Miratorg, said the new facility would allow the company to significantly raise its supply volumes to supermarkets in the city of Moscow and the surrounding region. The new distribution centre would initially deal with highly processed goods, such as meat by-products and chilled ready-to-eat foods, Sergeev said. It would also provide storage, processing and logistics services for a wide range of other food items.

Sergeev added that Miratorg hoped the centre would allow the company to increase supplies of high-quality products to the regional market, benefiting local consumers. However, the company was not prepared to forecast by exactly how much its share in Moscow's meat market could change as a result of the project.

At the moment Miratorg produces chicken, pork, beef and, by the end of 2018, plans to launch lamb products, according to the company. The new distribution centre would handle all kinds of meat, including products supplied by other companies.

Miratorgs new distribution centre will be quite small compared to other similar projects in the Moscow region. For example, a distribution centre in Maximikha, in the Domodedovo district, currently under construction, has an investment cost of RUB40 billion ($ 650 mill.) and is designed to store 150,000 t. of various food products. Nevertheless, Miratorgs new facility is so far considered to be the largest built by a meat company in Russia.