Investment in a new plant 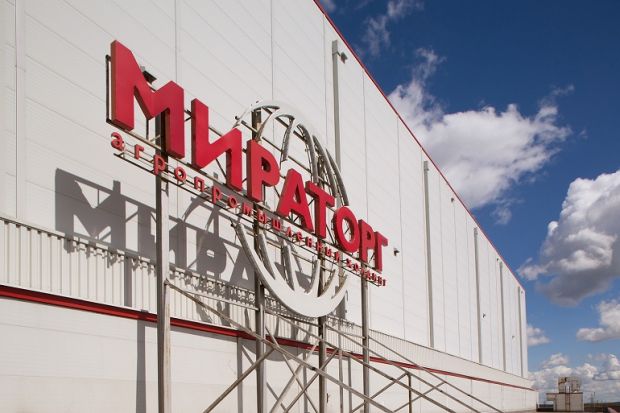 RUSSIA, Moscow. Russian agricultural holding Miratorg announced it has begun construction on the largest Russian high-tech complex for slaughtering and deep processing of pigs which will have a capacity of 4.5 mill. heads per year.


The Russian company invested more than €2.94 bn. in the construction of the new plant, which will produce three main types of meat: poultry, pork, and beef. The new slaughterhouse in the Oktyabrsky district of the Kursk region is part of the company's plans to double the capacity of the pig division to one million tons of pork per year, which will cover Russia's need to import chilled pork.

Investments in the company's project to double pig production will amount to more than €2.3 bn., of which almost €1 bn. is the cost of a robotic meat-chopper that will be able to process 4.5 mill. pigs per year.

The new facility will create more than 5,000 new jobs in the region. The processing segment of the unit will be put into operation starting with 2020, and in 2021 Miratorg will launch the slaughter and boning segments.

"This project is an integrated part of the strategic goal of the holding to double the capacity of the pig division to 7.7 mill. heads per year. In addition to the slaughterhouse in the Kursk region, a grain company will be established, the production of mixed fodder will be launched, and new pig-breeding complexes will be built. This project organically complements the already existing capacity of the pig division and allows the company to multiply the assortment and volume of high-quality meat products to the market, and therefore significantly increase its availability for consumers throughout the country," said Viktor Linnik, President of Miratorg.