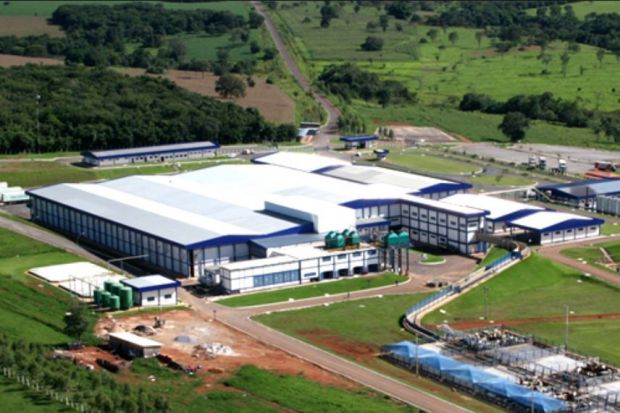 BRAZIL, Barretos. Minerva Foods, a leading producer of fresh beef and leather in South America, reported a net loss of $97 mill. in the fourth quarter of 2017 and $226.4 mill. for the year.


The acquisition in 2017 of South American beef operations previously owned by JBS S.A. coupled with foreign exchange fluctuations weighed on results. JBS sold its beef operations in Argentina, Paraguay and Uruguay to Pul Argentina SA, Frigomerc SA and Pulsa SA, respectively, for a total of $300 mill. The companies are controlled by Minerva.

“As of the second half of the year, following the consolidation of the new assets, the division’s sales mix had a higher share of exports,” the company explained. “As the company accelerated the integration process and increased the capacity utilization level of the new units, both exports and domestic sales grew consistently in 4Q17, around 70% and 50%, respectively, over 4Q16.

“The recovery of consumption in Brazil and the addition of the Argentine operations boosted Minerva’s domestic sales,” Minerva added. “Also, the company resumed operations at the Mirassol D’Oeste unit in Brazil as of August, with a total capacity of 1,100 head of cattle per day, in line with the same period in 2016, partly allocated to domestic sales.”

Minerva Foods is one of the leaders in South America in the production and sale of fresh beef and leather, as well as live cattle and cattle byproduct exports. It also operates in the processed foods segment in Argentina and Brazil, selling its products to more than 100 countries. With units in Brazil, Paraguay, Argentina, Uruguay and Colombia, Minerva operates 26 slaughtering and deboning plants and three processing plants. It has a combined slaughtering capacity of 26,380 head of cattle per day.