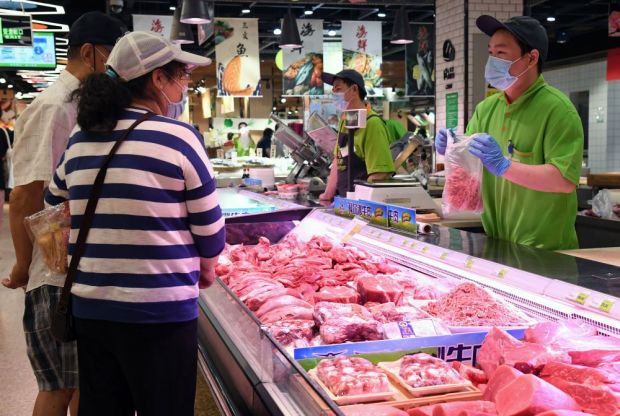 CHINA, Bejing. More and more meat producers around the world are banned from importing meat into China due to corona outbreaks in their production plants.

According to the Chinese customs administration, this affected a total of 15 companies from five countries up to last Sunday. In addition to Tönnies in Rheda-Wiedenbrück, these include a Tyson Foods poultry plant in the United States, a Cargill beef plant in Canada, meat plants in Brazil and, most recently, a Danish Crown-owned Tulip plant in the UK.

The Chinese authorities now require all meat exporters, as well as suppliers of other food products, to certify that their goods are free of corona viruses. In the event of major outbreaks of Covid-19 in the production facilities, the affected plants of the manufacturers are removed from the list of companies authorized to import and their goods are no longer cleared by customs. Chinese analysts pointed out that the People's Republic is dependent on comparatively high meat imports or particularly extensive pork imports this year due to African swine fever (ASF).

According to customs statistics, a total of 1.72 mill. t of pork without by-products were imported from January to May 2020; this was 1.06 mill. t or 161% more than in the same period last year. The loss of individual suppliers has been described by the government as manageable for the Chinese pig market. The reason for this is that the list of companies entitled to supply has been constantly expanded in the past and included companies from 24 countries at the end of 2019.

If, however, the recent development of the slaughter pig price is taken as an indicator for the shortage on the market, a different picture emerges. In mid-February 2020, the average price of slaughter pigs in the country - based on live weight - reached its highest level so far this year at €4.75 per kg. It then fell by 28% to €3.43 per kg by mid-May, but has since risen by 29% to €4.44 per kg despite high pork imports and growing domestic production. It is thus no longer far from the highs.