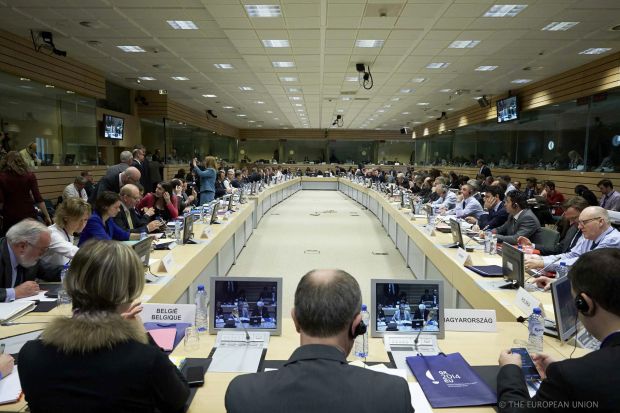 fleischwirtschaft.com — BELGIUM, Brussels
Facebook
Twitter
Related News
There are still diverging views among the member states as regards the scenarios assessed by n report on the feasibility of extending mandatory origin labelling for all meat used as an ingredient, which was published in December last year.

The report shows that while consumers would want to have more information on the provenience of the meat in food products, they would not be prepared to pay for it.

The European Commission estimated that including a mandatory origin requirement for meat ingredient inputs would increase the operating costs of food manufacturers by 15% on average.

While many delegations were in favour of introducing mandatory labelling, a number of them would like the labelling to indicate the specific EU member state or the specific third country whereas some others would prefer it to indicate EU/non-EU origin. However some others argued for maintaining origin labelling on a voluntary basis (i.e. status quo).

Germany, the UK, Ireland, Luxembourg, Spain, Romania and the Czech Republic were opposed to any new legislative measure asking food manufacturers to print on the label of a food product the country of origin of the meat included in it.

Romanian Agriculture Minister Daniel Constantin claimed the costs could go as high as 50%, based on information he received from the Romanian meat processing industry.

Other EU countries such as France, Italy, Finland, Latvia, Austria and Estonia wanted a more thorough technical report on the actual costs of mandatory origin labelling. France proposed that a group of experts be formed inside the EU Council of Ministers to further analyse the issue and see how the EU could respond to consumer demands for information without increasing the operating costs for providing it.

Three EU member states proved staunch supporters of mandatory legislation of country-of-origin labelling for meat used as an ingredient. The Netherlands, Malta and Sweden said consumers should be given the necessary information to make an informed decision, while keeping the costs for business as low as possible.

At the end of the Council's debate, the Commission concluded that any decision require further examination of this issue.
You can buy the rights to this article here.
Source: Council Of The European Union