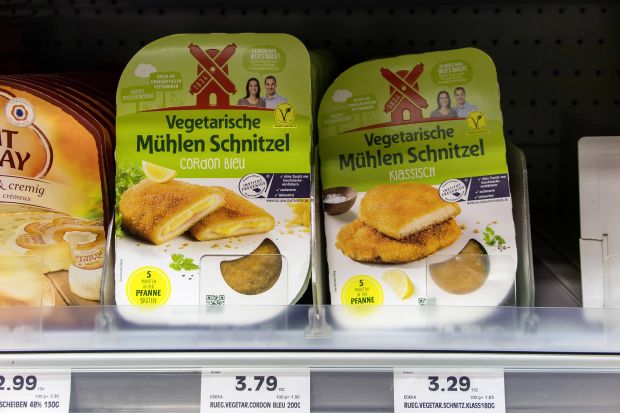 BELGIUM, Brussels. Veggie burgers, schnitzel & Co. may continue to be called so. That decided the European parliament now. A request of the European meat industry to better protect the names of the meat-containing originals was rejected by the MEPs despite intensive lobbying by the associations.


It’s been a problem for some time: Vegetarian and vegane spare products adorn themselves with the names - and thus indirectly with the positive characteristics - of meat and sausage.

"We cannot support surrealistic meat designations," lamented the International Butchers' Association (IMV) together with the European umbrella organizations of the meat industry in the run-up to the vote, for example, and continued: "Vegetarian products using meat designations such as 'steak', 'burger' or 'sausage' raise fundamental questions about consumer information and respect for the culinary heritage resulting from the hard work of farmers and butchers.

Together with other food producers, farmers and traders, butchers strongly believe that meat and milk designations should be protected. To this end, the associations introduced a motion in the European Parliament to protect the names of the originals, similar to the protection of milk and milk products. However, 379 members of parliament are now smashing it. After all, 284 voted in favor and 27 abstained.

The European Livestock and Meat Trade Union (UECBV) was disappointed and spoke of a "missed opportunity". An EU-wide uniform regulation was to be preferred, but the position of the Parliament still allowed for a regulation at national level.

According to the UECBV, meat substitutes and their designations raise "fundamental" questions regarding truthful consumer information. The Union called on its members to now advocate fair labelling regulations at national level.