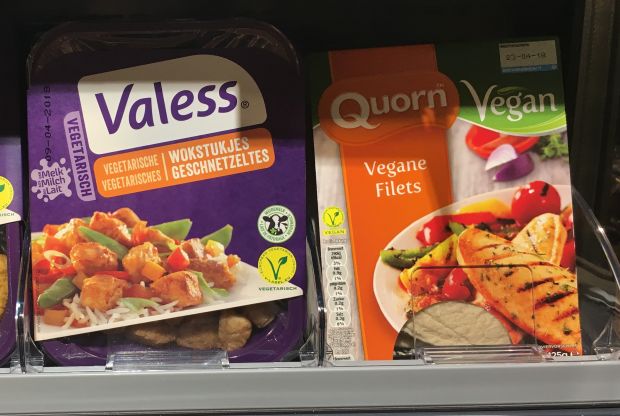 With or without meat? It is not always easy to distinguish.

FRANCE, Paris. Minister of Agriculture Julien Denormandie announced last week that he would speed up the implementation of the requirements set out in the law on the transparency of food information.

According to this, the designations usually reserved for animal products for the description, marketing or promotion of food based on plant proteins are to be banned. However, the percentage of vegetable protein from which this ban is to take effect still has to be regulated by decree, as do the implementing provisions and sanctions. A soya steak is not a steak, the minister confirmed. Such designations may not be used if the product is not meat.

The topic had caused a sensation for the first time again in mid-September, when the start-up company "Les nouveaux fermiers" (The New Farmers) put into operation France's first factory for vegetable meat substitutes. According to its own statements, the company is initially producing around six tons of "steaks", "nuggets" and "fillets" from wheat, pea and soy protein there every day; capacity is to be increased to ten tons in the coming months. According to media reports, the start-up is supported by investors from the food technology sector, the State Investment Bank (BPI) and by the entrepreneur and investor Xavier Niel, who is said to be one of the richest French persons.

Niel - like other celebrities - had supported a citizens' initiative which, among other things, wants to strengthen animal protection and also animal rights. For the French Farmers' Union (FNSEA) these connections are an "embarrassment" for democracy. The interprofessions of poultry farmers (Anvol), for pork (Inaporc) and for livestock and meat (Interbev) criticized the use of meat designations and called on the government to intervene. The commitment of the BPI was also questionable. Now the associations want to take legal action to force the start-up to stop using the disputed designations.

The use of designations such as "steak", "burger" or "sausage" for meat and milk substitute products based on vegetable raw materials was sharply criticized last month by six EU umbrella organizations from the agricultural and meat industry, including the International Butchers' Association (IMV) and the European Livestock and Meat Trade Union (UECBV).