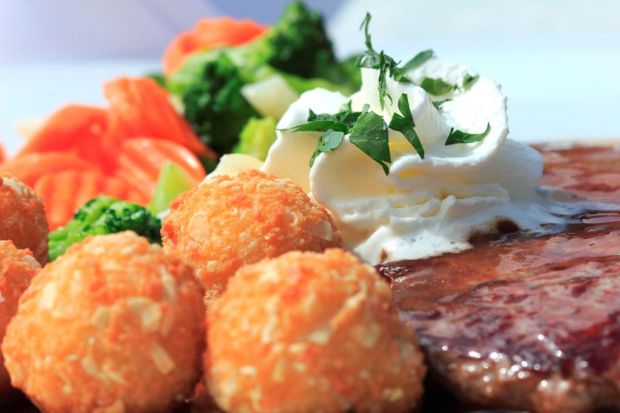 Recently 42% of protein consumed in the EU is vegetable and 58% is animal protein.

BELGIUM, Brussels. In a future scenario of the European Union, a decline in the consumption of animal protein leads to falling prices and a better world market position.


A change in food supply would have a significant impact on agricultural markets in the European Union. The latest figures from the OECD-FAO show that 42% of protein consumed in the EU is vegetable and 58% animal protein. Based on these figures, the Commission is calculating a possible future scenario, assuming a 50/50 ratio in 2030. Within ten years, the consumption of animal protein would decrease by 17%. At the same time, the demand for vegetable protein would increase.

Should this development actually occur, the authors see a great challenge for the markets in the EU. Producer prices for meat would fall by 18% by 2030 compared to the initial situation. However, these low prices increase the EU's competitiveness on the world market, which would lead to an almost doubling of meat exports by 2030. Nevertheless, meat production would fall by eight percent by 2030, according to the model calculation. Similar developments can be seen in the dairy sector: the milk price will fall by 17% by 2030, net exports in milk equivalents will increase by 53%, and milk production will fall by five percent.

The lower production volumes have an impact on the number of animals. The European cattle herd would decrease by four percent, while the scenario sees a decline of twelve and six percent for poultry and pigs. As a result, the demand for animal feed is reduced and the prices for grain in the EU fall by six percent. At the same time, net exports increase by 38%.

Nevertheless, the lower demand on the internal market is leading to a slight reduction in the area cultivated. A large part of the assumed increase in vegetable protein consumption could easily be compensated by the decreasing demand for animal feed. This applies above all to soya and legumes, where the authors even expect an increase in the area under cultivation in the EU. The production of fruit, vegetables and nuts will also increase.

According to the modelled scenario of the EU Commission, there are significant effects on the environment. The EU's CO2 footprint could be reduced by six percent by 2030 compared to the initial situation. This corresponds to a CO2 equivalent of 22 mill. t. In addition, non-EU countries would also record a reduction in greenhouse gas emissions of 33 mill. t CO2 equivalent. This would be due to the fact that the EU would increase its share of the world market in the forecast and have more environmentally friendly livestock production compared to its competitors.

The changes in the 50/50 scenario are mainly driven by the EU's ability to strengthen its position on the world market. It ignores the fact that other countries could also change their consumption patterns, which would have an impact on the export market. The EU forecast does not take into account alternative protein foods, such as laboratory meat or biochemically produced protein.