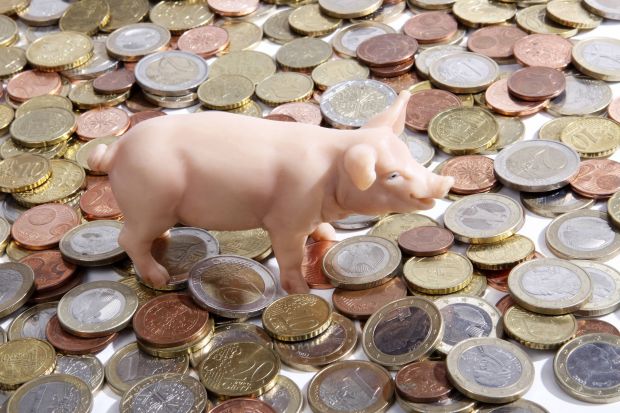 The high Chinese demand is driving up the prices. It is becoming increasingly difficult for meat processors.

GERMANY, Frankfurt. Slaughter pigs remain in demand in Europe and above all well paid. The VEZG raised its price proposal for the market week from 28 November to 4 December by five cents to two euros per kilogram of slaughter weight (SG). This is 47% more than a year ago.


In view of the lively export demand, the high prices on the Chinese market and the scarce live supply in Germany, the slaughterhouses are happy to get enough pigs on the hook at all. Some market observers therefore believe that the price peak has not yet been reached, as further surcharges are also expected in other European countries. With the prices for slaughter pigs also those for sows rise. The VEZG quotation rose is an increase of 61% compared to the beginning of the year.

Prices for cuts on the meat market are also increasing and pose significant problems for the meat industry. In some cases it is difficult to plan the required quantities at all. Processors with long-standing supply relationships report that as regular customers they have no great difficulty in ordering the quantities required for the Christmas business. Other companies, however, which in the past frequently changed suppliers and purchased exclusively price-oriented, will find it much more difficult to obtain goods.

Retail is ready for discussions

A major problem remains for the meat industry to pass on the higher costs. The food retail trade has so far shown little commitment to adjusting long-term supply contracts. The recent price jump of 15 cents for slaughter pigs within only three weeks has apparently led to a rethink among retail groups. There is growing concern in the food retail sector that numerous companies in the meat industry will not survive the economic situation. That is why the willingness to react to the current situation and adapt the conditions is increasing, according to the meat processors. A seller of a processing company in Lower Saxony suspects that the trade has no interest in a wave of insolvencies in the meat sector.