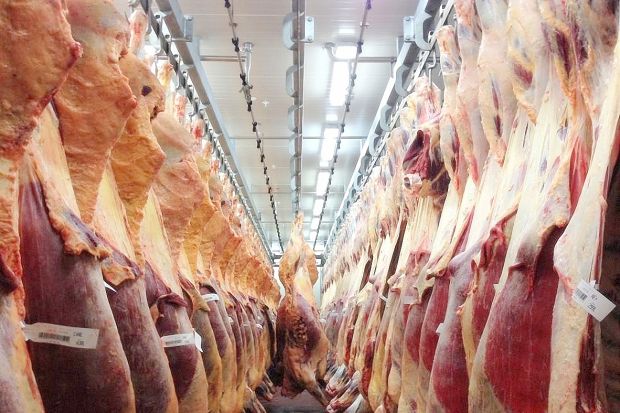 AUSTRALIA, North Sydney. Australian beef exports have edged lower again in October on the back of declining cattle slaughter and slower trade to some markets.


While exports in October slowed relative to the same time last year, after the first ten months, Australian beef exports are 2% above last year’s record volume, at 1.08 mill. t swt – highlighting how large volumes were earlier in the year.

Limited by quota restrictions, Australian beef exports to the US were the lowest monthly volume for the year so far, at 22,072 t swt, back 48% on last October.

Despite this, shipments for the year-to-October were still 14% above the previous year, at 362,905 t swt, with the trade bolstered by limited US lean beef supplies and favourable currency movements.

Korea has been one of the strongest performing markets of 2015, with the October volume (14,696 t swt) up 9% from the same month last year. After ten months, the volume shipped to Korea is also up 9% at 133,830 t swt, assisted by the weaker Australian dollar and reduced US competition.

Similarly, Australian beef to China for October surged to 13,709 t swt (up 52% year-on-year), taking the year-to-date volume to 120,304 t swt – up 14% year-on-year. There has been a growing Chinese appetite for Australian beef, while at the same time the grey channel trade has reportedly tightened this year.

Australian beef to Indonesia increased considerably (27% year-on-year) for the month, at 7,537 t swt, while shipments to Taiwan were steady, at 2,701 t swt.

Shipments for November and December will feel the same pressure from lower cattle slaughter and limited availability of quota to the US.