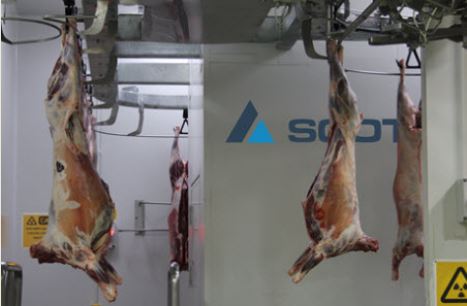 Photo: MLA
fleischwirtschaft.com — AUSTRALIA, Sydney. Meat & Livestock Australia (MLA) will invest an additional $14 mill. to co-fund the commercial installation of more DEXA objective measurement systems in individual red meat processing plants keen to accelerate the adoption of the technology.
Facebook
Twitter
The additional funds – approved by the MLA Board at its meeting last week – will assist in meeting the growing demand from individual red meat processors to adopt the technology.

MLA recently announced an initial $10 mill. to co-fund the commencement of the commercial rollout of the technology, with the DEXA installations to be funded via matching contributions from participating processors and MLA Donor Company (MDC). At the time, it had received project submissions from four individual processors, but invited expressions of interest from other beef and sheepmeat processors.

Managing Director Richard Norton said MLA had received strong interest from a number of large meat processors who were well advanced with their funding applications. “This additional commitment brings the total funding available to $24 mill. through MDC to co-fund the installation of DEXA with individual processors who are keen on accelerating adoption of the technology.”

Under this project, MLA will work with willing partners to develop a single scientific measurement of lean meat yield – and systems to collect and use data across supply chains for future research and development in genetics, animal health and husbandry, processing automation and other productivity improvements on and off farm.

A recent joint statement from all Red Meat Peak Industry Councils endorsed the introduction of objective measurement across industry, including the adoption of DEXA technology. An Objective Carcase Measurement (OCM) adoption and commercialisation taskforce has also been formed, under the chairmanship of respected industry veteran Gary Burridge, and is progressing the adoption and commercialisation of OCM technologies including DEXA. MLA will make further announcements regarding each of the installations as funding applications are received, and those projects are finalised and contracted.