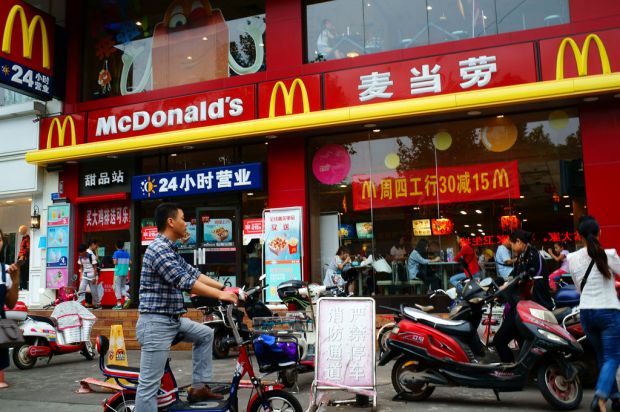 CHINA, Bejing. Shortly after McDonald’s completed the sale of 80% of its Chinese and Hong Kong businesses for 20 years to state-owned conglomerate Citic and private equity firm Carlyle, in the wake of poor performance, the company announced new steps.


The aim is to increase store count from the current 2,500 outlets to 4,500, with 45% of the new stores to be located in smaller third- and fourth-tier cities. Of these, three-quarters will provide takeout and delivery services.

The move is part of a five-year plan to leapfrog its rivals in the world’s fastest-growing consumer market at a time when its fortunes have been dipping after nearly 25 years in the country. The scale of the expansion might not have been expected, but the plan to rationalise the business was.

A new era of home-delivery apps and rival fast-food entrants has seen Chinese business plateau over the last four years for the Golden Arches. This came after a period of booming annual growth, from just over $10 bn. in 1999 to $94 bn. in 2013. Then, in 2014, the chain was implicated in a scandal concerning the sale of rotting meat provided by a Chinese supplier. Though rival KFC was also named as a recipient, McDonald’s has been forced to fight harder to regain its reputation, and cultivate a perception of cleanliness and safety in its Chinese stores.

Analysts believe the only way for McDonald’s to jump-start sales and revamp its image under the new owners is to aim for lightning growth. For many, McDonald’s’ decision to double down on its growth while being less reliant on its own capital is a canny move, especially after market leader Yum! Brands, divested its operations in China.

Meanwhile, McDonald's announced it will aim for double digit revenue growth in China over the next five years.