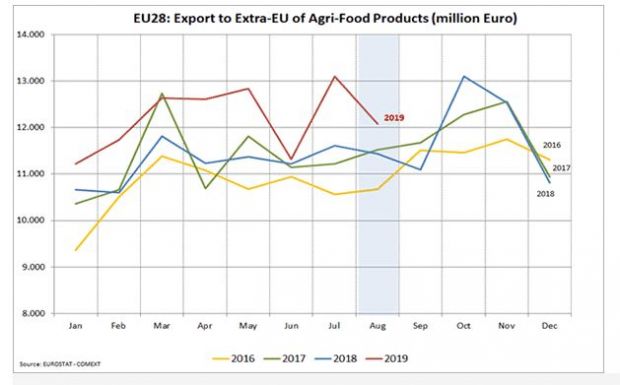 Comparing the monthly export values of August 2019 with 2018, the highest increases were recorded for China.

BELGIUM, Brussels. The value of exports rose by 5.6% year-on-year. Even though the value of imports fell, there was nevertheless a 29% increase in the positive trade balance compared to last year’s figures. These are some of the main findings of the monthly trade report for August 2019, published today by the European Commission.

Comparing in detail: export and import

There was an increase in the export values of a number of product categories, e.g. pork (rising by €132 mill.). By contrast, there was a marked decrease in exports for live animals (€74 mill.) and raw hides and skins (€31 mill.).