From Editor fleischwirtschaft.com
Friday, May 05, 2017 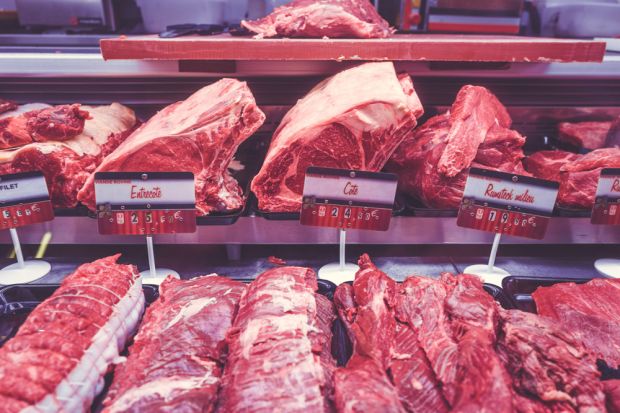 
Meat will dominate dollar sales due to its higher price point, though it trails poultry in per-capita consumption volume. Meat substitutes will account for less than $2 bn. of the projected total, Packaged Facts said.

In the years ahead, consumers may be more mindful of meat intake, whether for economic, dietary or ecological reasons, following the report. Specialty products such as grass-fed or local beef, heritage poultry and wild boar may appeal to those seeking sustainable options, while cost-conscious consumers may take cues from other cultures in preparing less-expensive cuts like brisket.

Previously underused cuts of meat, such as pork shoulder, are gaining popularity at retail and in restaurants. Meanwhile, retail sales of poultry, associated with lower costs and a healthier profile, are projected to rise over the next five years, Packaged Facts said. Another trend driving the market for meat and poultry products is the need for convenient, portable snacks, which has given rise to such products as meat jerky, meat snack bars and meat sticks, as well as pork rinds and cracklings.

Still, a faction of consumers has adopted vegan, vegetarian or flexitarian diets as a growing number of innovative meatless products have emerged, mimicking the taste and texture of animal protein.