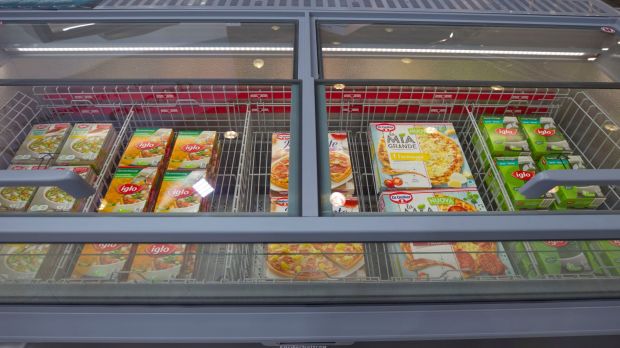 How big is the UK frozen red meat market?

The frozen food category was worth over £6.3 bn. in the year to November 2019, unchanged on the previous year. Total frozen red meat (including primary, processed and added value products) accounted for 10% of this spend (just over £603 mill.), which – despite rising prices – has waned over recent years, due to falling volumes.

Volume sales of frozen primary red meat have fallen by 13% from November 2018, while volumes of frozen processed red meat are down by 11%. These declines are a lot steeper than the equivalent total fresh market for red meat, and of frozen chicken and fish (primary, processed and added value), which are down 4% and 3% in volume, respectively. 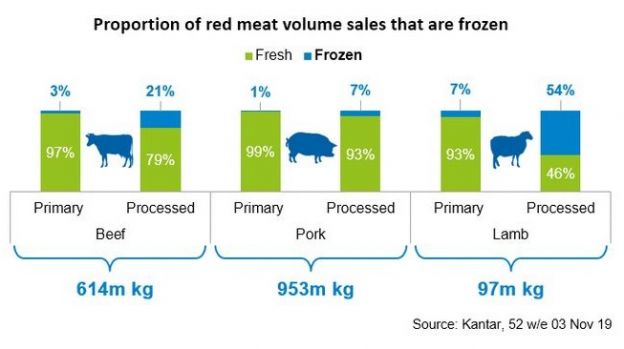 The frozen category is most important to processed red meat, particularly to lamb and beef through burgers and grills. Frozen has a relatively low share of the red meat primary category, the largest part being beef mince.

The frozen red meat market is small and challenging. However, it is important to remember how the attributes of the frozen sector can be used to maximise on consumer trends. 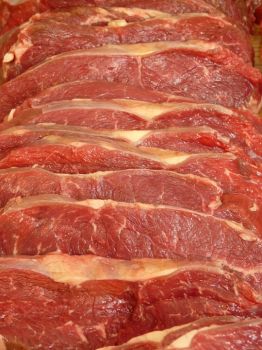 Target consumers on a budget

Cost and prep times remain the top considerations of consumers when deciding what to eat. Research by IGD shows 51% of consumers are interested in frozen meat, fish and poultry products that help them save time in the kitchen, with cost being more important to consumers in frozen meals, meat and fish than the average category. Over the past year, the volume of frozen red meat sold on promotion has fallen, contributing to the rise in price and decline in sales, potentially showing the benefit that tactical pricing could have for the category.

Recent analysis by Kantar shows that consumers are beginning to display eating behaviours akin to those displayed during the 2008 financial crisis, i.e. spending less on food and cooking from scratch at home more often. Frozen may play a role here for those on a budget, with average prices for frozen primary and processed red meat still lower than their fresh counterparts, despite the price gap narrowing over recent years.

Frozen may be well placed to attract those shoppers who are watching their spend but are still seeking quality and enjoyment. There may be opportunity to engage with consumers who are forgoing eating out to save money but are still looking for convenience and indulgence at home.

Research by IGD indicates that consumers are frustrated over the lack of choice and inspiration in the frozen meals, meat and fish category, highlighting an opportunity for innovation and widening ranges. Shoppers also say they wish to see more in-store recipe inspiration and ideas to help them make decisions when shopping the category.

According to IGD, 52% of consumers are interested in trying new recipes or ways of using frozen meat, fish and poultry. This may be an opportunity to encourage shoppers to trade up, through clear messaging around quality, health and provenance, such as Iceland’s ‘Power of Frozen’ campaign.

Sustainability is the key

While cost and convenience are important, the environmental credentials of food are becoming more significant to shoppers. Food waste is the top environmental consideration of consumers when thinking about the food they eat and something that frozen food is uniquely placed to help tackle. Freezing preserves food for longer, helping to minimise waste along the supply chain and in the home – a positive environmental message that may appeal to the greener shopper. 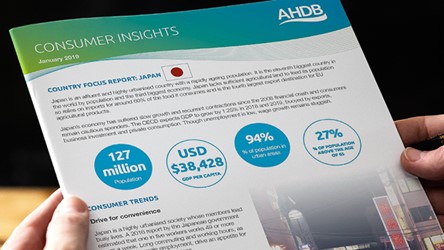