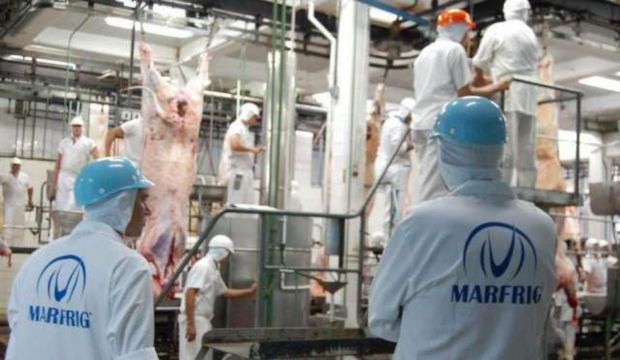 BRAZIL, São Paulo. Marfrig Global Foods S.A. announced its results for the fourth quarter and fiscal year of 2016 (4Q16 and 2016).


In line with expectations, the results for the fourth quarter reflect the continued solid performance of the Keystone Division and slight improvement in the still-challenging scenario for the Beef Division. In this context, Marfrig reported Adjusted EBITDA of R$394 mill. in the 4Q16 and positive free cash flow of R$68 mill.

In the year, the results delivered were in line with the guidance. Adjusted EBITDA margin was slightly below guidance, due to the slower-than-expected recovery in beef margins in the fourth quarter.

The negative cash flow in the first 9 months was reversed and Marfrig ended the year with positive free cash flow of R$39 mill. Important to note that the company maintained its investment planned for the year, which amounted to R$526 mill., near to the upper level of the guidance range.

In a year marked by an adverse scenario for the global industry, the results delivered in the period reflect the company’s commitment to operational and financial discipline, focusing on serving more resilient and higher-value channels, while prioritizing its organic expansion projects, with a higher contribution from the Keystone Division, in order to create an even more solid and profitable company.

Company’s consolidated net revenue in 4Q16 amounted to R$5 bn. The solid result at the Keystone Division, driven by strong sales volume growth, was offset by the effects from the 14.3% depreciation of the US dollar against the Brazilian real on revenue from the international operations and Brazilian exports, and by the lower sales volume at the Beef Division; leading net revenue in the quarter to contract by 6.3% compared to 4Q15.

Marfrig Beef is one of the world's largest beef producer, the second largest beef operation in Brazil, the leading beef processer in Uruguay and the largest meat importer in Chile. With 27 production units in Brazil, Argentina, Uruguay and Chile and four distribution centers, the company has the capacity to process up to 3,8 mill. head of cattle and 2,3 mill sheep per year. Its products are recognized worldwide for their premium quality, the result of a production model that respects legal, environmental and animal welfare aspects. Marfrig Beef has also partnered with various livestock producer associations, with whom it disseminates information and promotes initiatives to foster improvements to cattle herds in all of the regions where it operates.