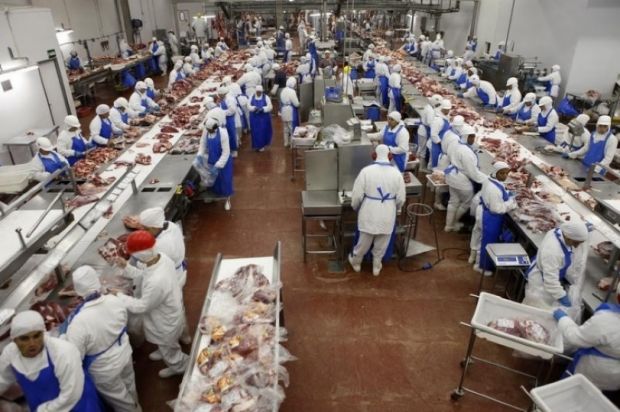 
Three meatpacking plants in the central and southern states of Rondônia, Mato Grosso do Sul and Rio Grande do Sul will roar to life again. Resuming work here should increase production efficiency by a fifth in the fourth quarter, which will enable Marfrig to slaughter an extra 300,000 head of cattle per month.

This big boost to production comes after Marfrig reopened two plants in Mato Grosso and Goiás last month, in conjunction with expanding production lines at four other Brazilian plants. This decision will provide a 25% boost to production capacity in the third quarter of the year, the business said.

By reopening five factories and expanding production lines at four additional units, Marfrig expects to create 4,500 jobs in total. Its huge increase in staff comes as the meat processor’s beef division scrambles to increase manpower in order to capitalise on a higher-than-expected supply of slaughter-ready cattle in Brazil.

Marfrig reported the news in its second-quarter financial results, posted on Tuesday 15 August, which showed the business, like many others, had been hit with currency volatility.

Year-on-year revenue dropped by 8% to $1.3 bn. largely due to the depreciation of the Brazilian real against the US dollar. The company said it faced a “challenging scenario in the Brazilian market” with a number of crises destabilising the meat industry , the economy and the government. But despite the headwind, Marfrig’s beef division will create thousands of jobs this year as its rival, JBS, reels from a political scandal that has forced a costly exit from all beef operations in Argentina, Paraguay and Uruguay.

Marfrig is comprised of two main units – its South American beef division and US-based Keystone Foods that is also present in the Asia-Pacific region. The Keystone division saw revenue rise by 4% to $697 mill. with sales up 2%. In May this year, it formally filed a request in the US to launch on the stock market.