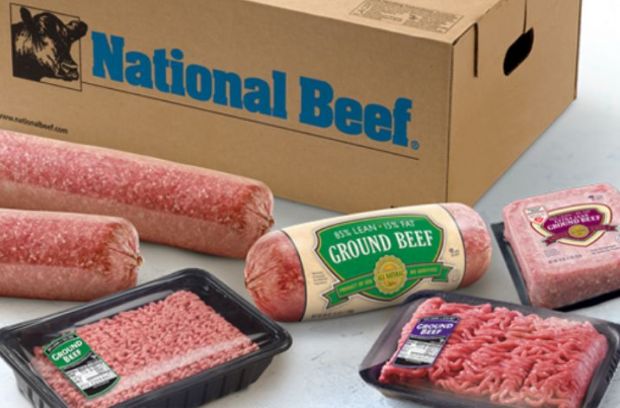 BRAZIL, São Paulo. Marfrig Global Foods, one of the world’s largest animal protein producers, announces that it reached an agreement for the acquisition of 51% of the membership interests in National Beef Packing Company, LLC, the fourth-largest beef processor in the United States.


Marfrig has agreed to pay $969 mill. for the equity interest and, once the transaction is concluded, will become the world’s second-largest beef processor, with consolidated sales of $13 bn.

Founded in 1992, National Beef reported sales of $7.3 bn. in 2017 and, since 2011, has been controlled by Leucadia National Corporation, which currently holds a 79% interest. The company has a slaughtering capacity of 12,000 heads of cattle per day and is headquartered in Kansas City. It has two slaughterhouses located in Dodge City and Liberal, Kansas and accounts for approximately 13% of total US cattle slaughtering capacity. It is one of the most profitable beef companies in the United States.

Once the transaction closes, Leucadia will transfer control to Marfrig and remain a minority shareholder in National Beef, with a 31% interest. The US Premium Beef, an association of American producers, will hold 15% and other shareholders with the remaining 3%. Leucadia and the other investors have agreed not to sell their shares in National Beef for at least five years. The transaction imputes an enterprise value to National Beef of US$ 2.3 billion, including debt, which results in an EV/LTM EBITDA multiple of 4.4 times.

With the acquisition of National Beef, Marfrig achieves two key objectives outlined in its strategic plan. First, it consolidates its strong position in the beef industry, which is the Marfrig’s original core business. A leader in the US beef industry, National Beef exports to 40 countries, including Japan, which is a market currently closed to beef exports from Brazil. In 2017, Marfrig reported adjusted EBITDA of $516 bn. With National Beef, its pro-forma EBITDA will increase to $1.0 bn.

The second key objective the transaction achieves is improving Marfrig’s leverage ratio. Upon closing, Marfrig will consolidate 100% of the results of National Beef. Last year, Marfrig’s total debt corresponded to 4.55 times its Ebitda. With the acquisition, this ratio decreases to 3.35 times. The transaction will be financed by a loan from Rabobank.

Other measures to deleverage Marfrig are in place including the decision of selling Keystone Foods, a leading supplier of high-quality, value-added food products to the world’s leading foodservice, retail and convenience, and industrial brands. This sale together with the National Beef transaction should help Marfrig to achieve its goal of reaching a leverage ratio of 2.5 times by the end of 2018.

The key executives of National Beef, including its CEO Tim Klein, will continue to manage and remain at the company. The Board of Managers of National Beef will consist of nine members, of whom five will be nominated by Marfrig, two by Leucadia and two by the other minority members.