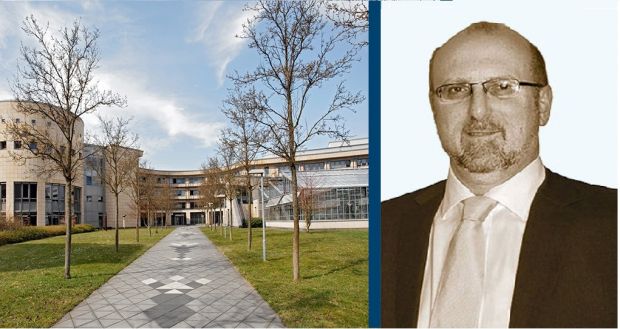 GERMANY, Karlsruhe. Professor Dr. Pablo Steinberg, Director of the Institute for Food Toxicology and Analytical Chemistry at the University of Veterinary Medicine Hannover, has been appointed President of the Max Rubner Institute by the Federal Ministry of Food and Agriculture. Professor Steinberg thus succeeds Professor Dr. Gerhard Rechkemmer who retired at the end of August 2016.


Professor Steinberg studied biochemistry, taking his doctorate in this field at the University of Buenos Aires. He has a Habilitation in toxicology from Johannes Gutenberg University Mainz and held various positions there, partly in the context of a fellowship from the German Research Foundation (DFG).

Professor Steinberg has belonged to the DFG’s Permanent Senate Commission on Food Safety (SKLM) since 2003, becoming Chairman in 2014. He was a member of the Scientific Advisory Board of the Leibniz Research Centre for Working Environment and Human Factors at TU Dortmund University and became its Chairman in 2014. He has also been a member of the Max Rubner Institute’s Scientific Advisory Board since 2009, assuming the chairmanship in 2014.

In his research, Professor Steinberg has intensively investigated issues relating to risk assessment of food contaminants and residues as well as certain compounds that are formed when red meat is heated. He is involved in major European collaborative research projects, studying the safety of genetically modified foodstuffs. Professor Steinberg has often campaigned openly for objective, verifiable research, especially in areas subject to intensive public debate.

In his new position, the mission of departmental research to ensure that the results of scientific research are made understandable and usable for wide sections of society is both an incentive and a challenge he is keen to embrace. This will be helped by his connections, both national and international, which are excellent.