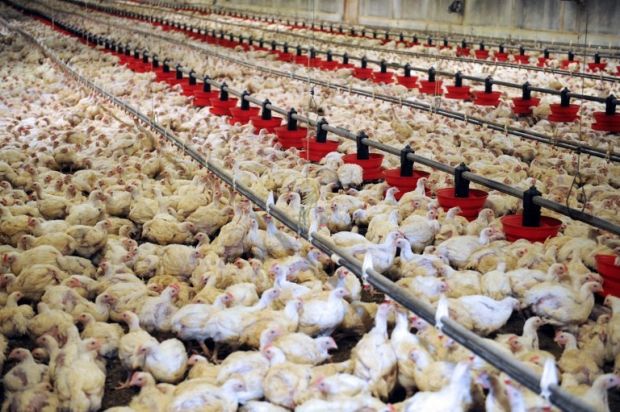 UKRAINE, Kiev. MHP's production of chicken meat increased by 7% in the first quarter of 2018, reaching 152,167 t from 141,874 t in the first three months of 2017. The rise is based on a decreased percent of flock thinning and increased production of bigger broiler carcasses.

Furthermore, the company's exports of chicken meat increased by a staggering 28% in the first three months of this year compared to the corresponding period from 2017, totaling 63,144 t. MHP exports poultry to 53 countries. Export sales represented around 47% of total poultry sales volumes in Q1 2018.

The average chicken meat price through the first quarter of 2018 increased by 23% compared to the same period last year but around 5% lower than in Q4 2017. Due to the relatively stable currency ratio, average MHP’s poultry prices in Q1 2018 increased by 22% year-on-year in $-term.

Exports prices increased by 17% year-on-year, mainly as a result of MHP’s export product mix change and increased sales to more profitable markets (market targeting strategy). MHP’s poultry prices on the domestic market remained almost at the same level as in Q4 2017, but 23% higher year-on-year due to low comparative basis in Q1 2017.