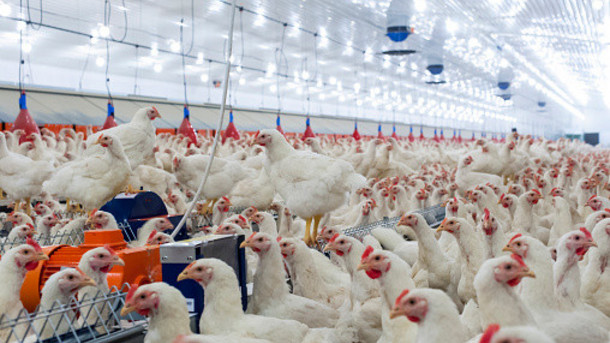 
MHP claims to be one of Ukraine’s biggest companies involved in poul try product ion and said its first-quarter chicken export sales were 60% higher than they were at the same point last year. The Q1 period covers the three months to 31 March 2017.

With market access to 46 countries and all meat factories operating to full capacity, MHP poultry exports for Q1 were slightly higher than 49,000 t. In the same period last year, poultry exports fell to 31,000 t. Export sales now represent around 40% of the company’s total poultry volume sales. Domestic sales, on the other hand, have dropped marginally by 2%, driven by an increase in local prices.

Earlier this year MHP reported that full-year chicken export s to December 2016 had grown by 47%, fuelled again by demand in Asia and North Africa. The company has been targeting increased export sales in these regions for a couple of years and the Middle East is now its largest export market by volume, accounting for over 24% of poultry exports. Around 21% of exports head to the EU, while North Africa takes 14% of MHP’s overall chicken meat destined for global sale.

At the back end of last year, there were fears within the company that an EU ban on Ukrainian poultry exports, imposed following an outbreak of avian influenza, would dent sales figures, but this appears not to have been the case. On 30 January, Ukraine’s government confirmed the EU had lifted the import ban introduced a month earlier.