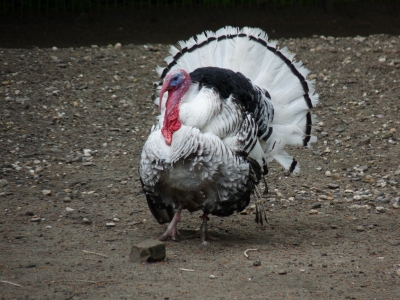 USA, Jefferson City The Missouri Department of Agriculture (MDA) has confirmed that a turkey growing facility in Moniteau County has been infected by avian influenza. The facility houses 21,000 turkeys. The MDA is continuing its coordinated response with USDA, state health officials and industry partners.

Previously, on March 8, the Missouri Department of Agriculture confirmed that turkeys at a grower facility in Jasper County, with a commercial turkey flock of 30,100, had been infected with H5N2 avian influenza.

Outbreaks of a strain of avian flu have occurred in Minnesota, Oregon, Washington and Idaho and are not considered to be a threat to public health or the food supply.

MDA continues to follow strict protocols to contain and eliminate the disease. The facilities were immediately quarantined and the remaining turkeys in the involved flocks will be depopulated and will not enter the food system. Following USDA protocols, surveillance and testing procedures are underway at properties near the affected facilities to ensure the virus has not spread.

As a precaution, the Missouri Department of Health and Senior Services (DHSS) is reaching out to monitor workers who may have been exposed to the virus. MDA and USDA’s Animal and Plant Health Inspection Service (APHIS) have initiated an incident command response, and APHIS will assist MDA in overseeing the depopulation of the remaining birds on the property to prevent the spread of the disease.

While lethal to birds, no human cases of these avian influenza viruses have been detected in the United States, Canada, or internationally, and there is no immediate public health concern.

The specimens from Moniteau County were tested by the state animal health diagnostic lab in Springfield and the APHIS National Veterinary Services Laboratories in Ames, Iowa confirmed the finding.
Source: Missouri Department of Agriculture