Meat is in demand in Germany 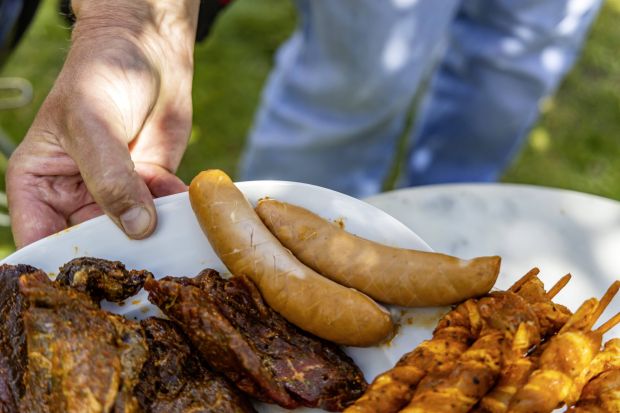 BBQ articles are currently in the focus of interest.

GERMANY, Bonn. In the meat trade in Germany there are regional demand impulses for pork and beef.

The large number of holidaymakers at home and the low number of animals for slaughter are driving the demand for cattle. Cattle prices are trending upwards. Pigs are likely to become more expensive soon.

The trade in ready-to-slaughter pigs is increasingly balanced in the current week. The overhangs are likely to be reduced soon. There are also at least stable prices throughout Europe. Contrary to other times, meat sales are proceeding satisfactorily from the point of view of the marketers surveyed. The approaching end of the holidays in many federal states in Germany should boost demand for meat from the food retail trade. In addition, Chinese importers are ordering large quantities of pork, which is a noticeable relief for the German and European market. Accordingly, there are at least signs of a stable price for slaughter pigs for the time being.

The demand for pork at the Hamburg meat wholesale market seems to have picked up somewhat compared to the past weeks. Many market participants are reporting somewhat larger quantities being sliced. Sales are proving to be problem-free and no significant overhangs have been reported.

The focus of interest in the current week is on necks and bellies, very occasionally even smaller surcharges are being made here. Apart from that the somewhat more lively trading does not always lead to price adjustments. Compared to the previous week, almost all cuts are mostly sold at unchanged conditions. The ham business continues to be difficult, and a persistently quiet demand is leading to sales problems. The end of the summer holidays in some countries should boost demand for pork in the food retail trade.

There is more sow meat available again. All cuts are available in sufficient quantities. In some cases, less product is cut up, as it is possible to buy in any form without any problems. Often the limiting factor is the lack of personnel. There is a lack of manpower. Therefore restrictions are acceptable for better or worse.

Also in the current week young bulls are only available in very manageable quantities. The supply remains small almost nationwide and the demand of slaughterhouses can often only be covered barely or incompletely. Prices are rising accordingly. Supply also remains small in the female categories, but demand is not quite as brisk as for young bulls. In addition to the higher quality young bulls, heifers in the better commercial categories are also sought after regionally to meet the strong demand from the catering trade.

There is concern among market participants whether too much merchandise has been bought in which now finds no buyers. With the expected hot temperatures, there are doubts whether hearty beef is not rather neglected. Favourite are and remain the steak articles from beef. Here and there bottlenecks crystallize out.

Importers of South American goods are shying away from ordering large quantities, pointing out the expected late arrival of the delivery and the associated uncertainty in the course of a possible second Covid 19 wave. Prices for both halves and cut-to-size products have risen due to higher demand. The value added of the so-called fifth quarter is problematic, as the revenues for this have literally slipped into the cellar.

The demand for veal is described as lively and satisfactory. Both legs and backs as well as forequarters are in good demand. Occasionally, higher prices are demanded on the market. From the catering trade, there are voices lamenting that sales are 40 to 65% below the normal level. Market participants are most confident about sales and demand from southern European gastronomy.

The demand on the German market for slaughtered lambs is calmer after the Islamic sacrificial festival. The supply is usually described as manageable, regionally even as small. The available quantities are consistently sufficient for the reduced demand. There are only minor price adjustments. As already in the past weeks prices between €2,30 and €2,60 per kilogram live weight inclusive VAT are paid in the Federal German middle by the majority.