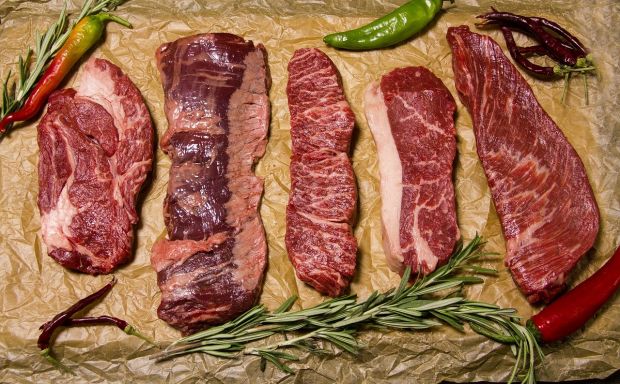 Beef prices are under pressure in Germany.

GERMANY, Bonn. In addition to the uncertainty caused by the coronavirus, the lack of slaughter days around Easter is now causing renewed price pressure in the trade in Germany. In the case of slaughter pigs, the market conditions are much more balanced.

While the demand for slaughter pigs is somewhat more restrained shortly before Easter, fewer animals ready for slaughter are also coming onto the market. Supply and demand are balanced and the market situation appears to be stabilising further.

Due to the two shortened working weeks around Easter there are no slaughter days, but slightly stimulating impulses from exports are reported. Exports, especially to China, are picking up again and are providing a boost. Due to the somewhat subdued domestic demand, there is slight price pressure. An asserted price trend is assumed.

The events on the cattle market are still determined by uncertainty, partly there are daily prices. Accordingly, meat buyers and slaughter companies are acting cautiously. The demand from the catering trade has completely collapsed. Especially the trade with young bulls is very difficult, prices are under pressure. After the significant price reductions in recent weeks, the price declines do not seem to be as high due to the shortage of supply. The supply of female cattle for slaughter is very scarce compared to demand, so the prices for cows for slaughter can barely hold their own compared to the previous week and are hardly affected by price discounts.

The demand structure for veal has also changed significantly. While the interest shown by restaurants and hotels has been very much reduced, the food retail trade is seeing a significant drop in volumes. In addition, the start of the asparagus season in Germany has given a further boost to demand for veal.

The collapse in sales of lamb to the catering trade has put the prices of lambs for slaughter and lamb meat under severe pressure. However, the margins between the prices are wider than usual. The usual revival in demand at Easter has failed to materialise. Demand for lambs for slaughter is very restrained. Trade is faltering and is, if at all, only possible at significant discounts. On a national average, prices of between €2.10 and 2.50 per kg are usually achieved. There is still a great deal of uncertainty, which will lead to further price reductions.