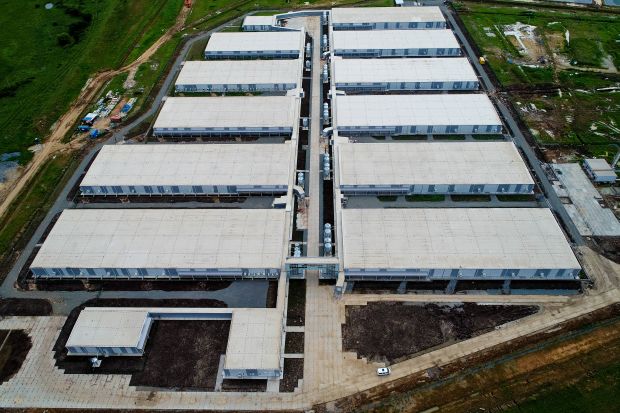 A view of RusAgro Group s breeding farm in the Mikhailovsky advanced development zone in the Primorye Territory.

RUSSIA, Moscow. Russia now has as many pigs as Germany. Stocks have also been increased in 2020.


While there were fewer animals in barns in Germany as of the November 1 cutoff date, despite the congestion in the marketing of fattening pigs, the numbers in Russia have continued to rise. Russian pig producers have continued to increase their herds. According to data from the National Statistics Service (Rosstat), a total of 25.9 million pigs were kept in Russia on Jan. 1, 2021, up 2.8% from 12 months earlier. In Germany, the latest survey counted 26 million pigs. Without the special effect of the pig backlog, the figure would probably have been several hundred thousand animals smaller. Russia is therefore likely to overtake Germany in the current year.

By contrast, the Russian cattle herd remained unchanged at 18.1 million head, although the number of cows fell by 0.9% to 7.9 million head. Compared to the beginning of 2020, producers reduced their sheep and goat herds by 3% to 21.9 million. There was an even more significant reduction in poultry, which fell 4.8% over the year to nearly 519 million head.

Rosstat also reported that production of meat of all types in 2020 increased by 3.1% year-on-year in Russia to 15.6 million metric t live weight (LW). The driver here was clearly pork production, which increased by 9.1% to 5.5 million t. By contrast, increases in beef were much more modest at 0.2% to 2.8 million t and in poultry meat at 0.4% to 6.7 million t. Regarding milk production, statisticians from Moscow said it increased by 2.7% to 32.2 million t compared to 2019. Russian egg production was reported to be unchanged at 44.8 billion pieces.