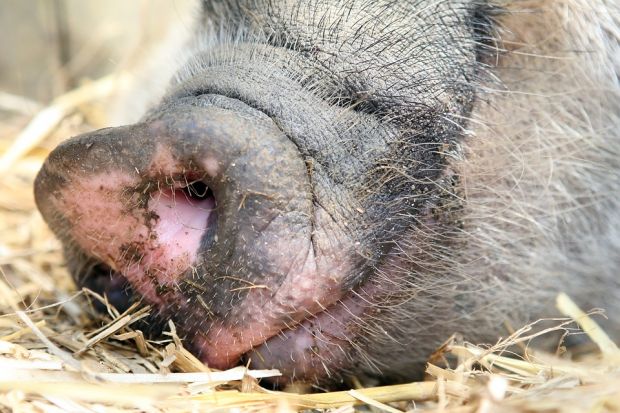 Photo: pixabay/Robert-Owen-Wahl
The number of breeding pigs, which is important for the further development of production, grew in the US and Canada only below average by 1%.
Related Topics:

fleischwirtschaft.com — USA, Washington. The pig farmers in the USA and Canada had more animals in their stalls this summer than ever before. According to data from the USDA, there were 89.47 mill. pigs on June 1, 2019 in the United States and July 1, 2019 in Canada, 2.65 mill. or 3.1% more than a year earlier.
Facebook
Twitter

However, the increase is due solely to US farmers, who increased their herd by 2.65 milli. animals or 3.6% to 75.52 mill. Their colleagues in the neighbouring country, on the other hand, stagnated with 13.95 mill. animals.

The number of breeding pigs, which is important for the further development of production, grew in both countries only below average by 1%. While pig farmers in the US increased their herds by around 90,000 head to 6.41 mill. animals, the number of dams fell by 1.4% to 1.23 mill. sows.