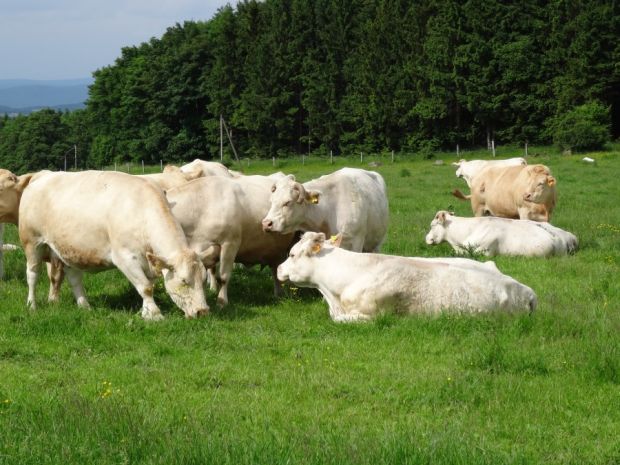 GERMANY, Wiesbaden. This year, numerous farms in Germany have once again given up livestock farming, and livestock numbers have continued to decline. This is shown by current data from the Federal Statistical Office (Destatis) on the livestock survey.

Accordingly, there were still just under 133,000 cattle farmers in Germany as of the reporting date of 3 November; this was 2,772 or two percent fewer than twelve months earlier. The main reason for this was the abandonment of dairy cow farmers, whose numbers fell by 2,603 or 4.3% to 57,322. Within a decade, a good 37% of farms got rid of their dairy cattle.

Relatively, the largest decline was in male cattle older than one year, which are mostly kept as young bulls for meat production, by 5.7% to 923,700 head. There were also 97,300, or 3.9%, fewer heifers in the barns than in November 2019. Trends in young cattle also do not point to a turnaround: The young cattle population up to one year old decreased by 2.3% to 3.40 mill. head.

Bavaria continued to have the largest number of cattle; the total herd there decreased by 2.5% to 2.94 mill. head, somewhat less than the national average. However, at 3.1%, slightly more farms in Bavaria gave up cattle farming than in Germany as a whole. This was mainly due to dairy farms, 4.5% of which had given up their animals within a year.

The number of farms with pigs on the farm also fell again. According to Destatis, as of the reporting date of 3 November, 2020, there were still about 20,500 farms in this country that had more than the 50 pigs or ten breeding sows in the barn required by the recording limit. Accordingly, within one year, about 700 pig producers, or 3.3%, gave up production.

At 5.6%, the abandonment rate was particularly pronounced among breeding sow farmers, whose numbers declined by about 400 to just 6,800 farms. Ten years ago, there were still around 15,600 farms keeping sows, more than twice as many as today. According to analysts, the structural change could accelerate in the future due to the upcoming tightening of husbandry rules.

At first glance, the decline in pig numbers that has been taking place for several years has not continued. According to Destatis, 25.99 mill. pigs were kept in Germany at the beginning of November; this was only 65,100 or 0.2% fewer than a year ago. However, pig congestion as a result of corona-restricted slaughter and cutting capacities played a role here.

The total number of fattening pigs increased by about 196,000 or 1.7% to 11.92 mill. head within a year; the number of heavy pigs weighing more than 110 kg increased by 380,300 or almost 30%. Lower Saxony in particular recorded a corona-induced increase in fattening pig numbers following previous farm failures at Tönnies in Sögel and Vion in Emstek.

Similarly, piglets, which are also often difficult to market in early November, saw a small increase of 0.1% nationwide to 7.68 mill. head. By contrast, the number of breeding sows fell significantly year-on-year, by 96,400 head or 5.4% to 1.69 mill. animals. According to the "Interessengemeinschaft der Schweinehalter Deutschlands" (ISN), sow farmers have initiated a reduction in their numbers; since September, slaughterings of these animals have been 20% above the comparable level of the previous year.

In the November survey, Destatis also records sheep stocks in Germany with a sample, but only on farms with more than 20 animals. After comparatively stable previous years, November 2020 again showed a stronger decline in stock by 77,000 animals or five percent to 1.48 mill. sheep compared to the survey twelve months ago. This became the lowest value since 1988; at that time, however, only the animals in the old federal states were recorded.