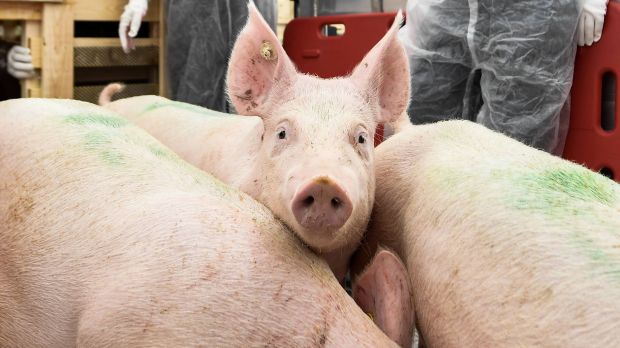 15 out of 27 member states have already reported their stock numbers to Luxembourg.

LUXEMBOURG, Luxembourg. More pigs were kept in EU countries. Denmark and Poland are among the winners, Germany and Romania among the losers.

The pig population in the European Union appears to have increased last year. This is indicated by the preliminary results of the livestock census of November and December 2020, respectively, for 15 of the 27 member states, which the Statistical Office of the European Union (Eurostat) has now published. According to the results, the number of pigs kept in these member states, which represent a good half of the total EU herd, grew by 1.27 mill. head or 1.7% to 74.85 mill. animals compared to the previous year's census. In the case of breeding sows, the herd in question remained more or less stable at a total of 5.51 mill. head; there were only around 10,000 sows or 0.2% fewer on the farms.

According to the interim results now available, producers in ten of these 15 states increased their pig herds. This was particularly noticeable in Denmark, with an increase of 5.2% to 13.39 mill. animals within a year; in Poland, the figure rose by 4.6% to 11.73 mill. pigs. In addition, farmers in Belgium and the Czech Republic had 2.2% and 2.5% more animals in their barns. The increase in Italy was weaker at 0.4%. This contrasted with a 2.6% reduction in the herd to 3.73 mill. animals in Romania, and farmers in Luxembourg, Latvia and Slovenia also reduced their herds by between 2.3% and 4.4%. In Germany, the herd had recently declined by 0.2% to just under 26 mill. pigs.

In the case of breeding sows, which are important for medium-term production development, there was an increase in the herd in seven countries. Poland led the way with an increase of 7.7% to 815,000 sows; in Italy and Denmark, the respective populations rose by 2.3% each. By contrast, Germany saw a sharp decline of 5.4% to 1.69 mill. sows. In addition, breeding sow populations also decreased relatively significantly in Finland, Romania and Slovenia, by between 3.8% and 5.4%. In terms of the 15 member countries for which counting results are available, the stock of covered sows decreased by 0.9% year-on-year to 3.86 mill. head, while there was an increase of 1.6% in uncovered sows to 1.65 mill.

Livestock census results are still missing from some countries that are important for the EU pig market, such as Spain, France and the Netherlands. However, based on the available results, the Danish agri-food industry umbrella organization (L&F) expects total EU slaughter in the first half of 2021 to be slightly higher than in the same period last year, given the higher numbers of piglets and fattening pigs. If the pending results confirm the stability in the sow herd, productivity gains should also lead to slightly more pigs being produced in the EU in the second half of the year. Meanwhile, according to analysts, several forecasts predict a drop in production in Germany of well over 5%.