From Editor fleischwirtschaft.com
Tuesday, May 07, 2019 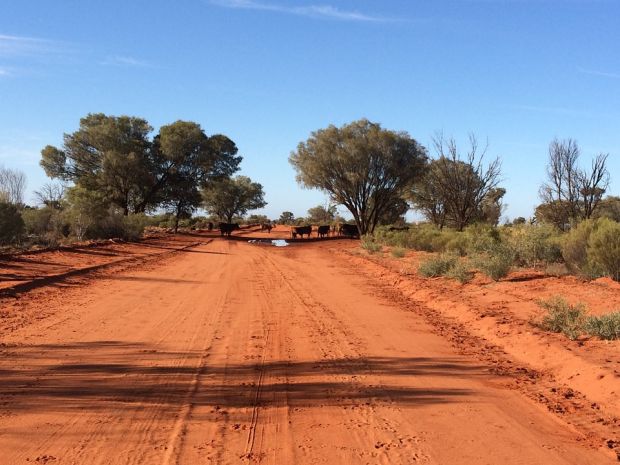 AUSTRALIA, Sydney. Ongoing drought in many production areas of Australia combined with unprecedented flooding in north-west Queensland in February has resulted in the largest drop in the national herd in decades, according to Meat & Livestock Australia’s (MLA) Cattle Industry Projections April update.


The national herd is expected to decline 7.7% to 25.2 mill. head in the year to June 2019, driven by elevated drought-induced turnoff, lower branding rates and estimated stock losses from the Queensland flood event.

MLA’s Market Intelligence Manager, Scott Tolmie, said forecast adult slaughter for 2019 has been revised slightly higher, but is still expected to be below 2018 levels at 7.7 million head. “The revision is largely driven by harsher-than-expected seasonal conditions during the first quarter and subsequent accelerated slaughter,” Tolmie said.

“For the year-to-February, adult cattle slaughter was 1.28 mill. head, 11% higher than the same period in 2018 and the highest opening kill since 2015. The Queensland floods will have reduced the pool of available slaughter and export cattle. However, this is overshadowed by the current elevated drought-induced turnoff with the poor conditions set to persist across many parts of the country and the latest Bureau of Meteorology forecast showing no strong indication of significant immediate relief. With a reduced pool of available slaughter cattle, any widespread autumn and winter falls will be pivotal to how slaughter tracks in the second half of the year,” commented Tolmie.

Furthermore he explained: “On a 12-month rolling basis, the percentage of females in adult slaughter stands at 52% – well above the 47% mark typically indicating a herd in contraction. Feedlots have remained near capacity, but lower entry weights and the high cost of feed has impacted feeding margins. Elevated female slaughter and lighter sale weights, due to poor pasture conditions, have led to lower carcase weights so far this year. This trend in carcase weights is forecast to continue, which combined with slaughter figures, will underpin a 3% decline in production this year, to an estimated 2.2 mill. tcarcase weight (cwt). Beef exports for 2019 have been revised marginally higher since the January projections, to 1.09 mill. tshipped weight (swt) – a 3% contraction year-on-year but still above any level recorded prior to 2013.”