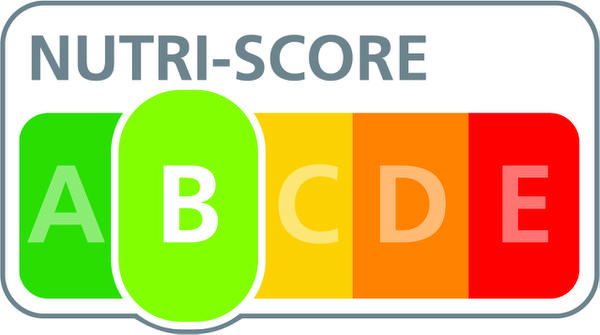 Front-of-pack nutritional labelling is stirring up emotions. Retailers in mainland Europe are gravitating towards the Nutri-Score label.

THE NETHERLANDS, Utrecht. Front-of-pack nutritional labelling is stirring up emotions. Retailers in mainland Europe are gravitating towards the Nutri-Score label. But in the UK and Ireland a different labelling system is in use – the Traffic Light – which also seems to be the preferred option for some large branded food players. Rabobank thinks Nutri-Score is potentially the best choice for reaching the widest possible audience.

For the majority of consumers, a front-of-pack nutritional label helps to make a healthy (or at least healthier) choice. Both Nutri-Score and Traffic Light labels can do this job, although they may appeal to different consumers for different reasons.

Nutri-Score is a composite label, in which all nutritional information about a product is brought together in one simple score (A through E, with A being the healthiest option). The Traffic Light label, however, does not show a compound score but instead separate assessments for main ingredients (fat, saturated fat, sugar and salt) plus the food’s energy content.

After the adoption of the non-mandatory Traffic Light labelling in the UK and Ireland in 2014, it took until 2017 for the French government to launch its version of a non-mandatory front-of-pack label: the Nutri-Score. Its design is easy and intuitive. In 2018, Belgium and Spain joined the French Nutri-Score initiative.

A survey among 300,000 clients of French supermarket E.Leclerc showed that the Nutri-Score works well, and is particularly successful in reaching younger consumers and people from lower socio-economic backgrounds. Following these results, E.Leclerc decided to put their full weight behind the label. More broadly, the Nutri-Score has been mainly picked up by retailers, looking to secure a new role as trusted advisor to the confused consumer.

In the meantime, countries such as the Netherlands and Germany are still debating which label to pick, although recently the discussion in the Netherlands seems to lean towards the Nutri-Score. But some branded food manufacturers are not giving up on the Traffic Light labels so easily. After a failed joint attempt by big food companies Nestlé, Unilever, Mondelez International, Coca-Cola, and PepsiCo to develop their own nutritional labelling scheme, PepsiCo quickly announced it will start trials with Traffic Light labels in selected European countries. Kellogg’s also announced it would start adding Traffic Light labels to some of its packaging.

These companies might fear the negative impact of some of their products receiving red labels. Coincidentally, the French food manufacturers that initially supported Nutri-Score (Danone, McCain, and Fleury Michon) are producers of (semi-)fresh and relatively healthy products. In fact, Danone released a statement after the introduction of the Nutri-Score in Belgium, boasting that 70% of its products already have an A or B score, and the remainder a C on average. To these companies, supporting the Nutri-Score is thus relatively risk-free: no big red E’s anywhere.

It’s essential for any front-of-pack label to be widely adopted (and preferably widely supported), as well as certified and controlled by reputable third parties. Ideally, the algorithms behind the calculation of the label should be scientifically sound and adopted internationally without any differences between countries, retailers, or brands. Acceptance of such a label by consumers requires trust – only then it will nudge consumers towards different products.

All in all, reaching a wide audience is important in order to encourage healthier food choices. Rabobank believes the Nutri-Score is potentially best suited for this purpose. To interpret the Traffic Light label, a consumer still needs a considerable amount of knowledge, whereas Nutri-Score is more intuitive. And those who want to know more can always turn to the back of the pack.